The Beach Girls is a 1982 is a comedy set on the sun-kissed beaches of any-town USA. The stars include Jeana Keough, Debra Blee, Val Kline, George Kee Cheung and Catherine Mary Stewart (in one of her earlier roles) most widely known for Night of the Comet (1984) and The Last Starfighter (1984).

This is the world where this fun coming of age film takes place. The Beach Girls (1982) is about a group of teenage girls spending the summer at a beach house, unchaperoned and unsupervised. Totally alone. And getting lonelier.

Naturally they reach reach out for human contact in the yellow pages. Luring unsuspecting delivery men to their house. One after another.

Soon the logger jam of isolation and loneliness quickly breaks. And guess what? They’re popular… “plugged into the social pipeline“.

But changes come fast for the girls this summer. Soon they find love and volleyball. And as so often happens they find themselves, mysteriously, in possession of a bag of marijuana. A big one. Huge, really.

Words like ‘yard clippings‘ and ‘mulch‘ spring to mind.

Now the girls are in a terrible pickle. They’ve got to get rid of this inconveniently large bag of marijuana before they’re discovered.

This is a good place to stop. 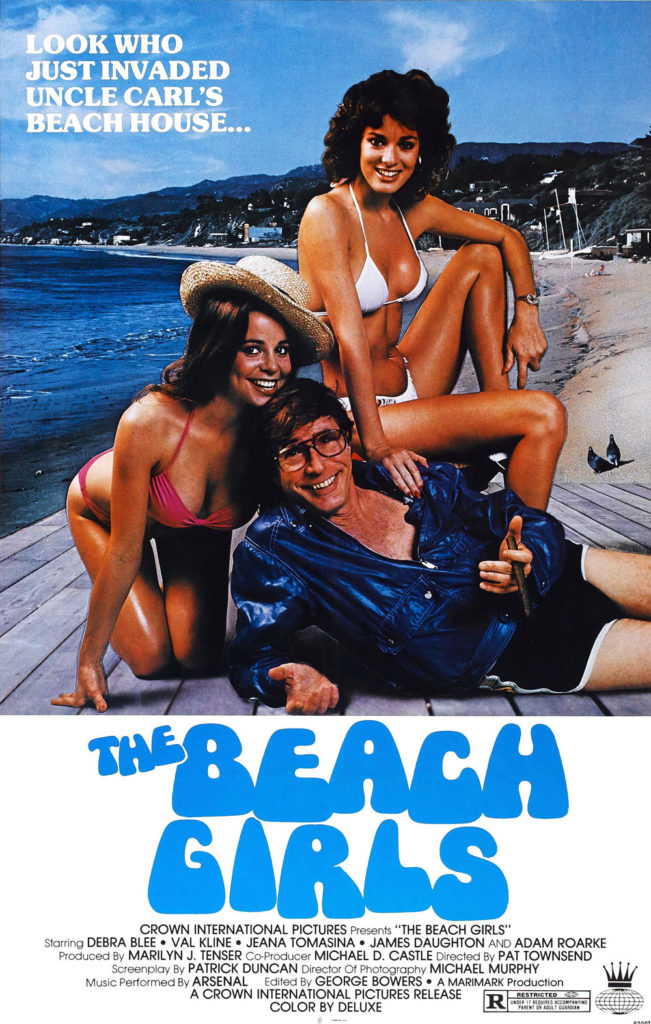