Jeana Keough (also credited as Jeana Tomasina) is an actress known for her appearances in The Beach Girls, The Capture of Bigfoot, Looker, and several other movies throughout the 1980s.

Jeana Ellen Tomasino was born in Milwaukee on September 18th, 1955. She graduated from Whitnall High School.

She first gained work in the modeling industry, appearing in music videos for ZZ Top among others. She then appeared in a series of films throughout the 1980s.

She married Matt Keough, a former baseball player and assistant manager for the Oakland A’s, and had three children named Shane, Kara, and Colton. Jeana separated from Matt and returned to the use of her maiden name, Tomasino.

Most recently, she starred as a cast member in The Real Housewives of Orange County. 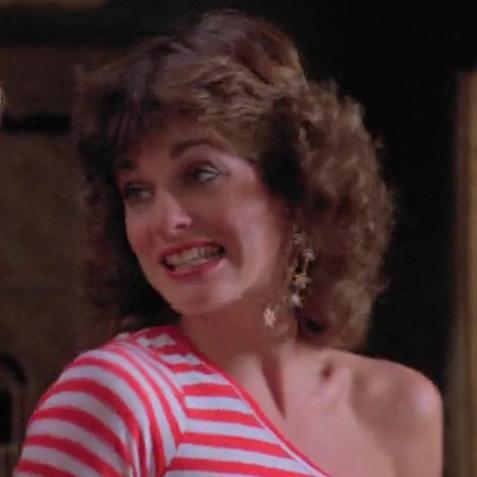