The 1981 science-fiction film Looker was written and directed by Michael Crichton. It was commercially successful upon release, and has retained a strong cult following over the years. The movie stars Susan Dey, Albert Finney, Tim Rossovich, and James Coburn.

The film was the first to attempt using CGI for a realistic character.

He finds that the Digital Matrix is a research firm that scores models based upon impact of their looks in TV ads. They create digital models based off the bodies of the real models, and the models then retire from acting. Since he is connected to the deaths by operating on all four models, he tries to investigate before the police arrest him. He also wants to protect Cindy Fairmont (played by Susan Dey) who is a model working for them, who he is dating.

He finds that Digital Matrix has created a method of remote hypnotization that forces consumers to buy products from their ads, as well as a light pulse gun which mesmerizes viewers. 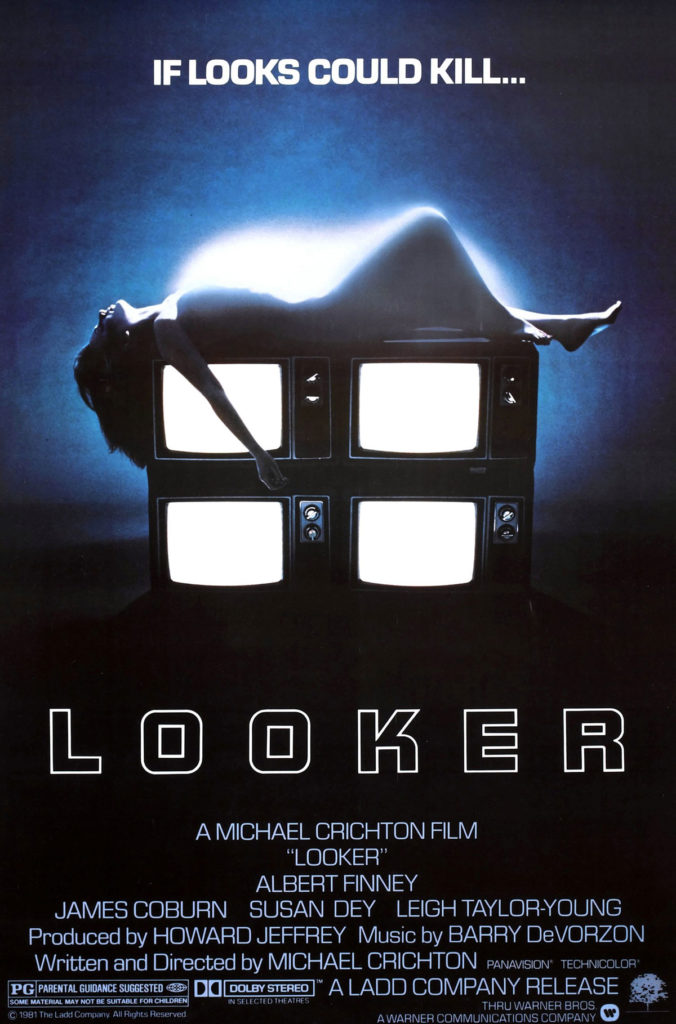