The 1984 film Night of the Comet is a sci-fi film with elements of horror and comedy, starring Catherine Mary Stewart and Kelli Maroney. A low budget film upon release, it has since garnered significant recognition as a cult classic film.

Night of the Comet (1984) Movie Synopsis

As it flies through space, the earth passes through a comet tail shortly before Christmas. Crowds gather across the world and watch.

Regina (played by Catherine Mary Stewart) is an eighteen year old working at a movie theater. While playing the Tempest video game at the theater, she finds that someone named “DMK” has a higher score than hers. She stays after work to beat the score and make out with her boyfriend, the projectionist (played by Michael Bowen).

At home, Regina’s little sister, Sam (played by Kelli Maroney), who is sixteen, argues with her stepmom and gets slapped in the face, and is sent to spend the night in the metal shed in the backyard.

The next morning, the world has a reddish fog covering it. Regina’s boyfriend walks outside the theater and is killed by a zombie. Regina goes looking for her boyfriend, but barely escapes the zombie. She heads home to find Sam. They realize that both the projection room and the shed were metal and saved them from radiation effects.

Hearing a DJ on the radio, they go to the radio station but find that it’s just a recording. They find another survivor who escaped by sleeping in his truck. They put out a rescue message on the radio and are heard by scientists in a research lab in the desert.

Rain eventually washes away the radiation. Near the end, Reggie is almost run over by a teenager in a sports car with the letters DMK on the license plate. 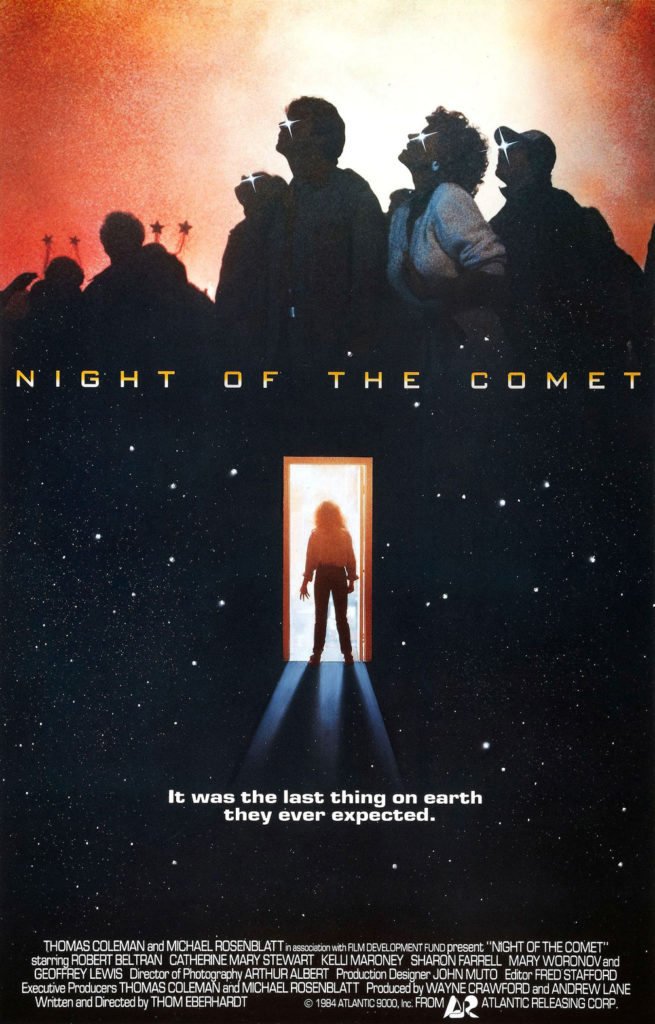