The 1990 film A Nymphoid Barbarian in Dinosaur Hell is a post-apocalyptic science fiction film produced by Troma, starring Linda Corwin. The movie has since become a cult classic.

The film takes place in a time after a worldwide apocalypse. A girl named Leah (played by Linda Corwin) is the last woman on earth. We learn that a nuclear war broke out, lasted only one day, and the radioactive fallout caused horrific mutations. People became wild and degenerate, and animals mutated so that they looked like dinosaurs.

Leah flees from a gang of nasty marauders as a giant crocodile is attacking. She meets a good-looking young man who is almost eaten by a giant worm. They go to the sea, but find a man in armor leading a group of lizard people. They capture Leah and are about to kill her, sacrificing her to a mutant living in a cave, but the young man appears and rescues Leah. 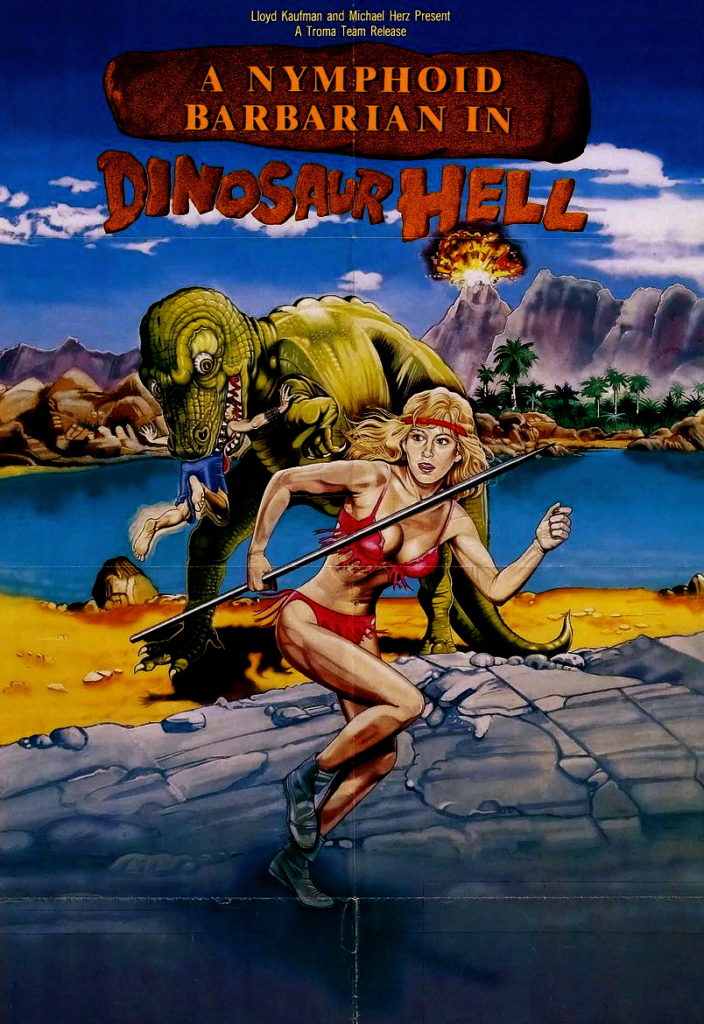 A Nymphoid Barbarian in Dinosaur Hell (1990)