The 2011 film Piranhaconda is a science fiction/sharksploitation made-for-TV film from the famed B-movie producer Roger Corman and director Jim Wynorski. The film was made for Syfy, and premiered in June 2012.

A professor named Dr. Lovegrove (played by Michael Madsen) steals the egg of a vicious piranhaconda, a snake/piranha hybrid.

Dr Lovegrove runs into a film crew on location, but criminals kidnap some members of the crew on the road and hold them for ransom.

A piranhaconda attacks the criminals, but the film crew and the professor escape.

The leader of the criminal gang finds a camera left behind by the group. The camera contains footage of the professor stealing the egg, making the piranhaconda angry. The ringleader decides to kill both the monster and the film crew, which are being followed by the giant snake even as they drive away. The snake is wounded, and it’s mate arrives attracted by the scent of the blood.

In the midst of the escape, the film crew is followed by the kidnappers, but the snake attacks and eats them. Two of the film group, Jack (played by Rib Hillis) and Rose (played by Terri Ivens) find that Lovegrove still has the egg, which is why the piranhaconda is following them. Rose throws the egg into the river, but Lovegrove is eaten by the snake. They find a way to throw a bomb at the monster, which explodes the piranhaconda. Jack and Rose kiss, but they are suddenly killed by a new piranhaconda. 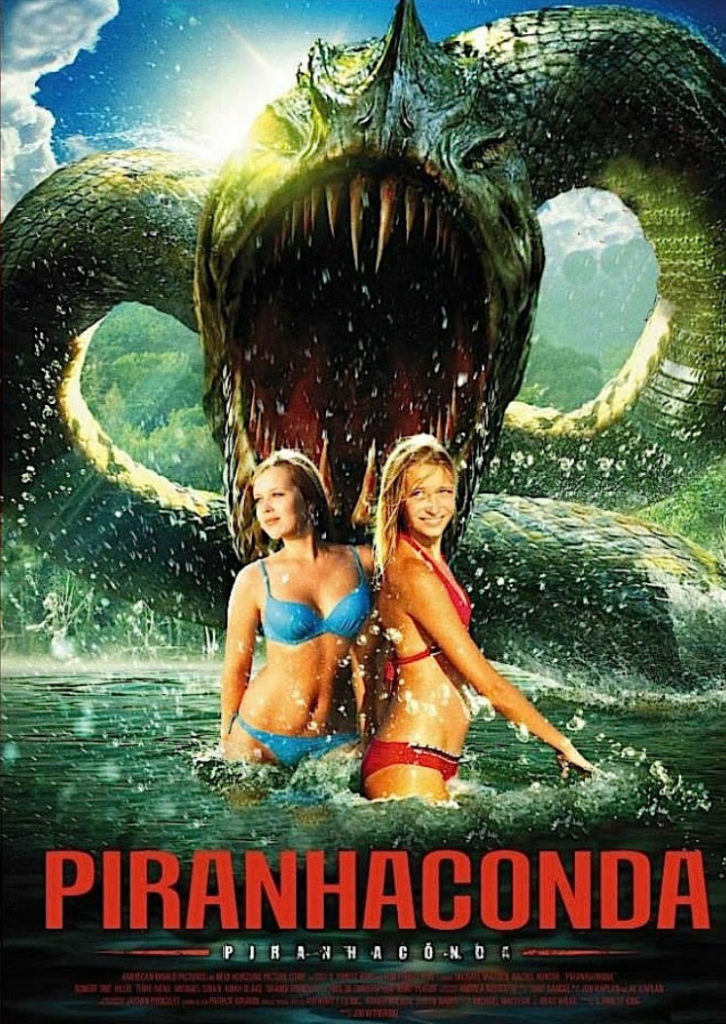