The film has nothing to do with the first film Barbarian Queen, except sharing a similar name. Although Lana Clarkson appears in the film’s titular role as well, there is no other plot connection between the films.

Althalia (played by Lana Clarkson) is a queen leading a revolt of her female warriors and random villagers. The movie revolves around her taking back the throne from Arkaris (played by Alejandro Bracho) an evil king who has taken her place. The movie features Aurion (played by Greg Wrangler) as her love interest. 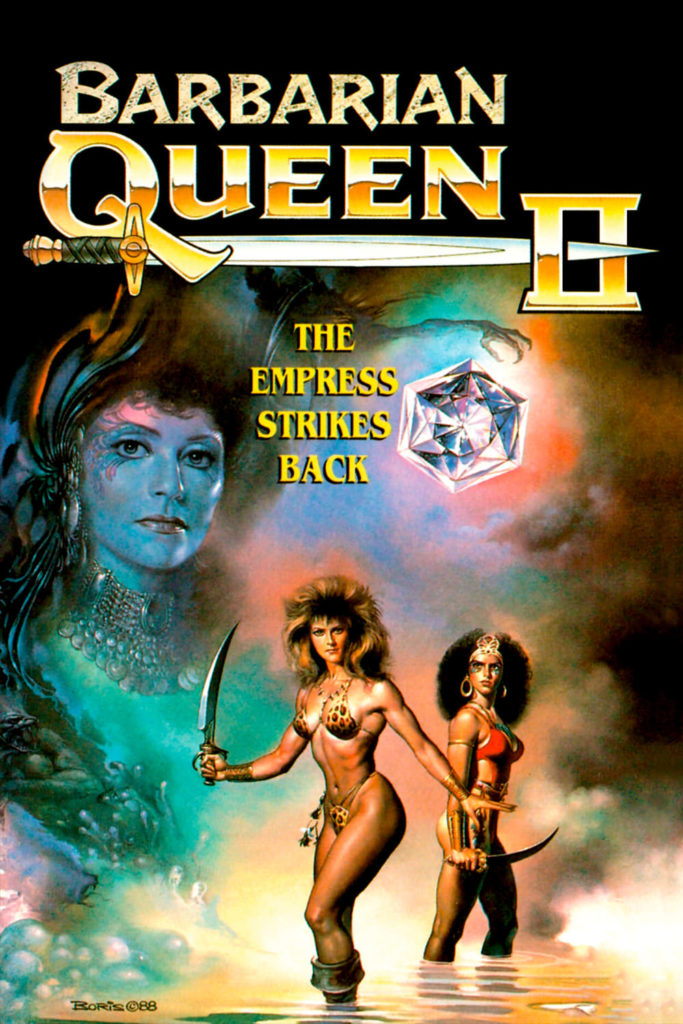