Laura Ramstead (played by Ruth Ann Llorens) along with Dolores (played by Linnea Quigley) are members on the Midvale high school track team.

During practice one afternoon Coach Michaels (played by Christopher George) begins pushing Laura, driving her, trying to motivate in the hopes of getting her to raise her track and field game. After a particularly strenuous afternoon practice session being pushed by the coach Laura abruptly and unexpectedly collapses and to the shock and dismay of everyone dies.

Shortly after returning home a series of unexplained murders start to creep their way through the ranks of the rest of the high school track team.

Follow Graduation Day from one unexpected plot twist after another to see how this thriller unfolds. 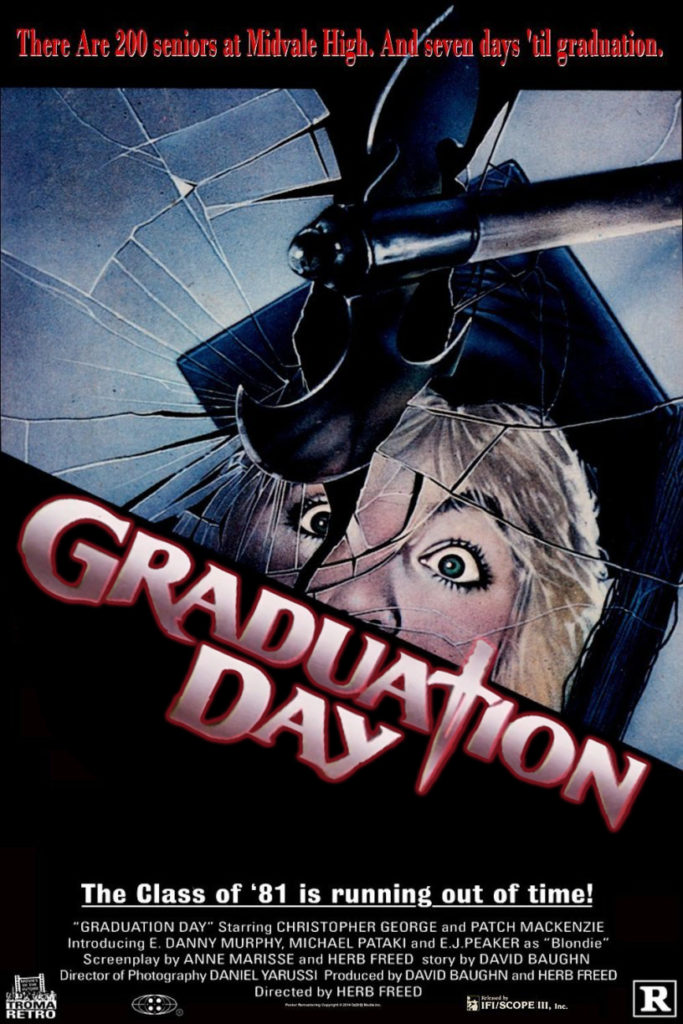