The 1982 film Sorceress is a fantasy film in the sword-and-sorcery genre that was one of the earliest B-movies inspired by the success of Conan the Barbarian. The movie was produced by Roger Corman, written by Jim Wynorski, and was filmed in Mexico. But despite it’s humble origin story the movie was what the Germans would call a commercial gelingen…or success to English speakers just tuning in…and would subsequently be followed by many other Roger Corman sword-and- sorcery films throughout the 1980s. The public’s appetite for these films was insatiable. They were drinking ’em down like Coka Cola.

The evil sorcerer Traigon (played by Roberto Ballesteros) learns he must sacrifice his firstborn to receive favor from a god. His wife, however, gives birth to twin girls and then leaves for safety with them. She has a warrior named Krona (played by Martin LaSalle) promise to raise them as warriors themselves.

After two decades, Traigon is still trying to kill his daughters (Mira and Mara, played by Leigh Harris and Lynette Harris). The two sisters find a barbarian (played by Bob Nelson) and a Viking (played by Bruno Rey) to help them in the battle against Traigon. 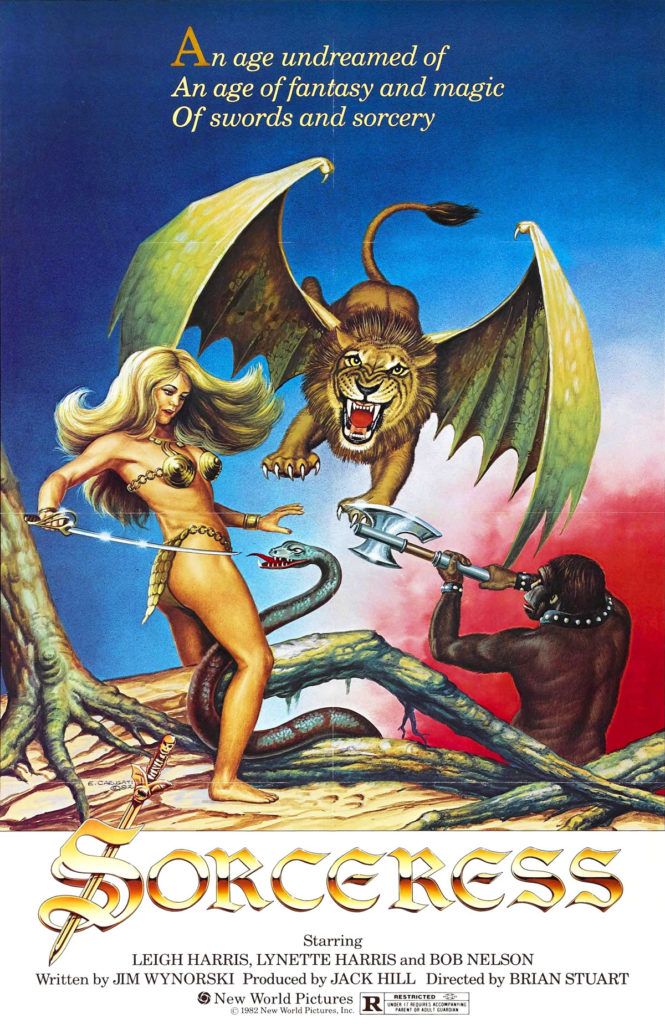