The 1970 film Cotton Comes To Harlem is a blaxploitation film that was written and directed by Ossie Davis. The movie stars Raymond St. Jacques and Redd Foxx, and was one of the most commercially successful films in the 1970s for black audiences.

Reverend O’Malley (played by Calvin Lockhart) is a con artist trying to fundraise in Harlem to purchase a ship. This ship’s supposed goal is to be a “Back To Africa” ship called the Black Beauty.

However, while O’Malley is holding a rally, robbers appear and steal $87,000 at gunpoint. Two detectives, known as “Gravedigger” (played by Godfrey Cambridge) and “Coffin” (played by Raymond St. Jacques) give chase to the getaway truck, and a bale of cotton falls out of it.

Later on, an old scavenger named Uncle Bud (played by Redd Foxx) finds the bale and sells it to a junk dealer, then for some reason repurchases it for five dollars more. As it turns out, a reward is being offered for the $87,000. The detectives think that the money was inside the lost bale of cotton, so they accuse Revered O’Malley of stealing the money, and use inside information to force the mob to give them $87,000 to give back to the swindled donors. They learn that the old scavenger, Uncle Bud, has taken the money and moved to Ghana. 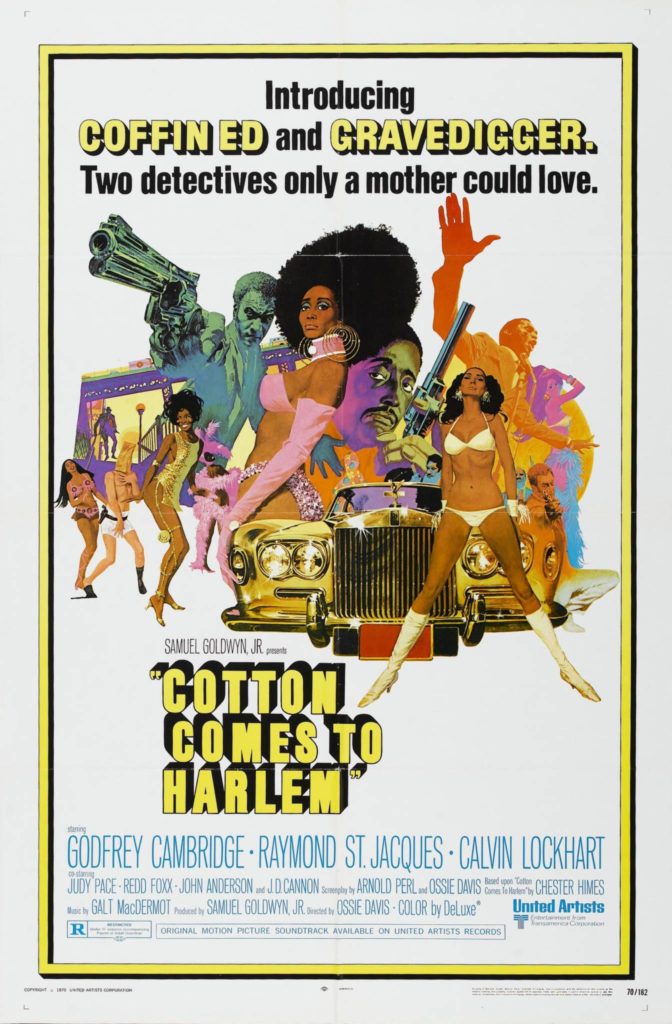