The 1980 science fiction film Battle Beyond The Stars was a space opera-style movie produced by Roger Corman. The special effects were directed by James Cameron, and the film was intended as a “Magnificent Seven of Space”.

Battle Beyond the Stars (1980) Plot Summary

The movie begins at an agricultural planet called Akir. A Malmori emperor named Sador (played by John Saxon) has a massive spaceship called the Hammerhead parked nearby in space, and he threatens to turn the planet into a star using his Stellar Converter weapon.

He says he will return in seven days and the planet must surrender to him.

However, Zed (played by Jeff Corey) is a wise man who is the last of the corsairs, and tells the people of Akira they must hire protection.

He sends Shad (played by Richard Thomas) to go to a space station of an old ally of Zed’s. Two humans live there, the old, aged ally Hephaestus who is essentially a cyborg, and his daughter Nanelia (played by Darlene Fluegel), who joins Shad.

They recruit Cowboy (played by George Peppard) who is a pilot from earth. They also recruit a group of five aliens named Nestor who share a consciousness. Next, they recruit an assassin named Gelt (played by Robert Vaughan).

On their voyage home, they are approached by Saint-Exmin (played by Sybil Danning) who is a Valkyrie warrior with a fast ship. Then, Nanelia is almost captured by a slave trader named Cayman, but he lets her go and joins the cause in return for the ability to kill Sador, who turned his planet into a star years earlier.

Once they are back to Akir, they attack Sador in a massive onslaught of dogfighting, kamikaze runs, and ultimately sacrifice their best ship to explode the Stellar Converter and ultimately Sador’s flagship. 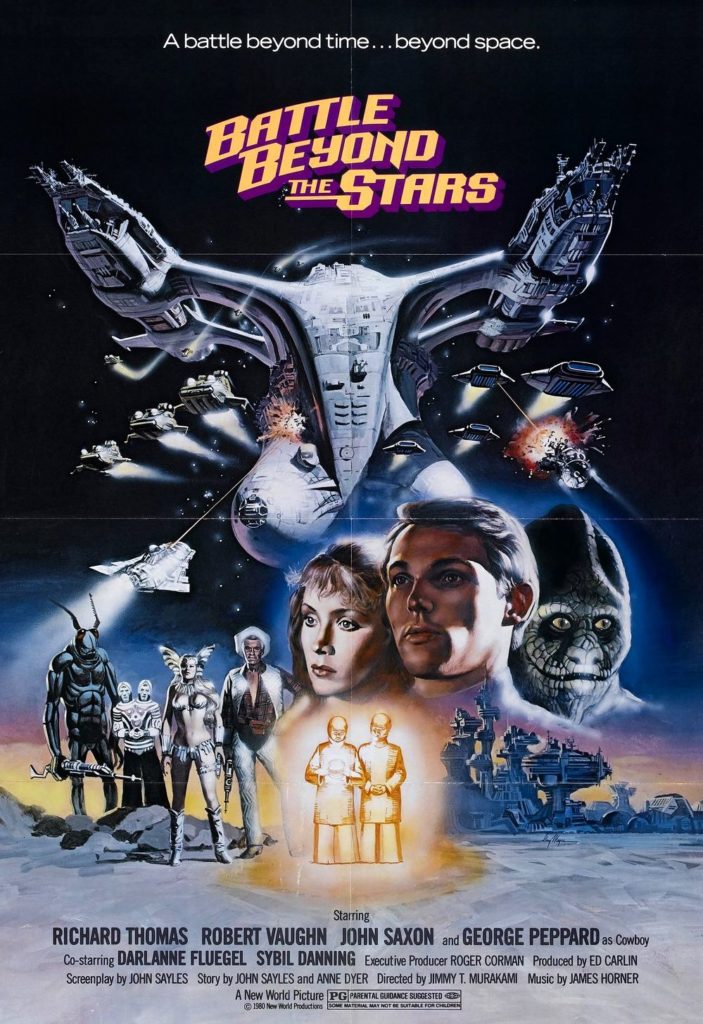