The 1984 film The Last Starfighter is a science fiction film that has since become a cult classic. The film stars Lance Guest and Catherine Mary Stewart. The film was one of the first to use CGI images.

The movie begins with Alex Rogan (played by Lance Guest), a poor teenager who lives in a trailer park with his mom and brother. When he loses a scholarship, he angrily resorts to playing video games. After getting the highest score in an arcade game, Starfighter, he is abducted by an alien and replaced by an android.

He soon learns the game is a representation of a real space war (the evil Ko-Dan are attacking peaceful citizens of the universe), and the game was developed to find those who are good at space combat. Alex becomes a gunner in a Starfighter spacecraft. Under threat of imminent invasion, Alex wants to go home. As soon as he is back on Earth, he learns that most of the Starfighters have been destroyed. He asks his android to take him back, where he prepares to fight back against the Ko-Dan.

In the meantime, Alex’s android double reveals the truth to his girlfriend, Maggie (played by Catherine Mary Stewart).

In space, Alex attacks the enemy mothership with the last remaining starfighter, and uses a secret weapon which destroys all the Ko-Dan fighters.

Alex is elevated as a hero, and is asked to help bring the Star League back to its feet. He agrees, but first goes back to bring Maggie back to space. At the end, his little brother finds the arcade and begins playing the game. 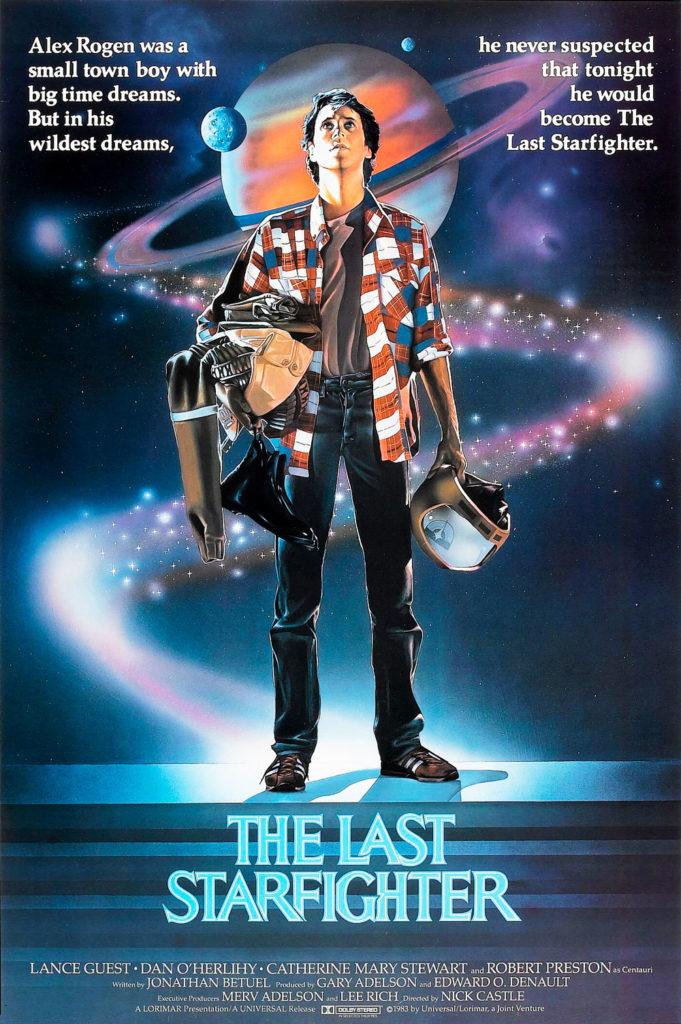