Scientists on earth send out radio signals with information about Earthlings, including DNA structure and our culture. Receiving information from an alien culture about potential unlimited energy sources, they assume that life is friendly. They discover how to generate and then splice alien DNA with human.

One of the test embryos produces Sil, a girl who ages into a 12 year old girl in a matter of months. She tends to become violent, so they decide to kill her with cyanide. She escapes, jumping on a train and riding into a city.

A team of scientists and mercenaries (played by Alfred Molina, Michael Madsen, Marg Helgenberger, and Forest Whitaker) pursue her and search Los Angeles for her.

The girl has matured into an adult and is attempting to mate, in order to produce more alien offspring. A string of deaths occur as various men try to take advantage of her. Finally, as the scientists catch up, she morphs into her alien form (a tentacled creature).

Finally following her into the sewers, they incinerate her. As they leave, however, a sewer rat is shown chewing one of her tentacles and begins morphing into a larger creature. 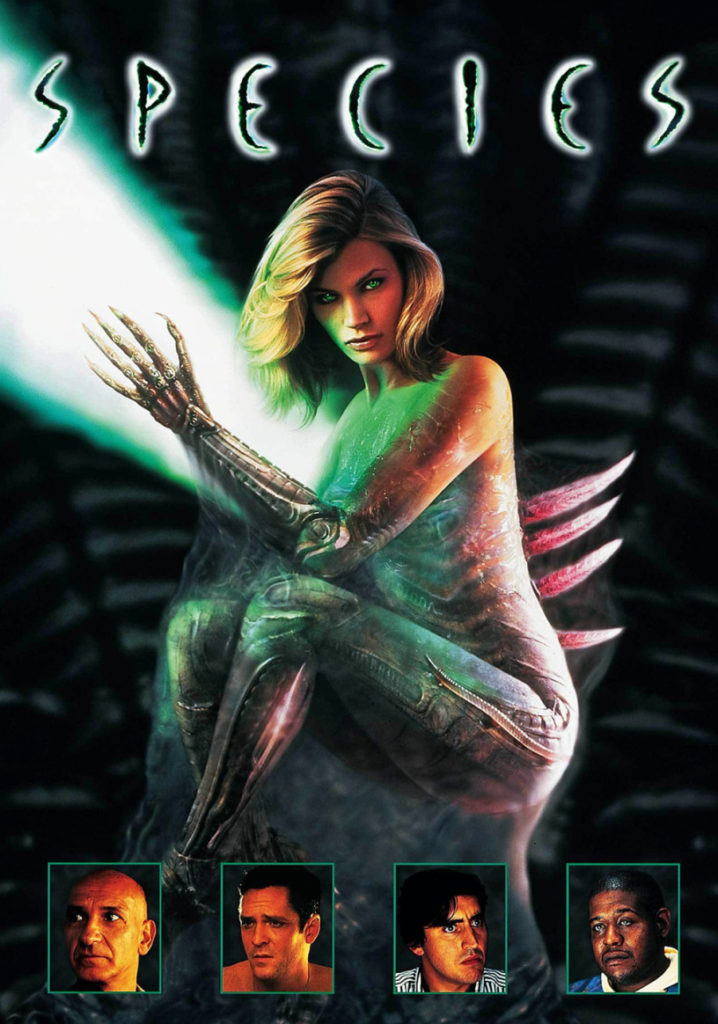