The 1984 film The Lost Empire is a modern sword-and-sorcery and kung-fu film directed by Jim Wynorski, as his first feature. The film was actually produced by a theater owner as a tax loss, but ended up becoming a cult classic. Roger Corman was not involved in the movie but let Jim Wynorski use his studio for production. The film stars Melanie Vincz, Angelique Pettyjohn, Angela Aames, and Raven De La Croix.

In Chinatown, a deadly robbery results in a statue being stolen from a jewelry shop. After a police shootout, only one cop survives. The next day a criminal is holding children hostage at a school, but a figure dressed in black comes in and kills all three terrorists. An elite member of the LAPD, this woman is named Inspector Angel Wolfe (played by Melanie Vincz). She hears that her brother is the surviving cop from the robbery, so she visits him in the hospital. He gives her a star and a mysterious message.

Angel’s friend, an FBI agent, recognizes the star and says it can grant immortality but must sacrifice a single soul each day to the Devil.

Visiting the jewelry shop crime scene, the statue’s glowing eye drops into her purse. An old Chinese man tells her about a legend of the Eyes of Avatar, which give the holders incredible powers. He also tells her that a cult leader is involved with the situation and that Lee Chuck (played by Angus Scrimm) is the immortal one behind all this.

After her brother succumbs to his injuries, Angel gathers two of her friends, Whitestar (played by Raven De La Croix) and Heather (played by Angela Aames) to go to the cult’s island. The cult leader holds a martial arts tournament so she enters in order to face him and have a final showdown. 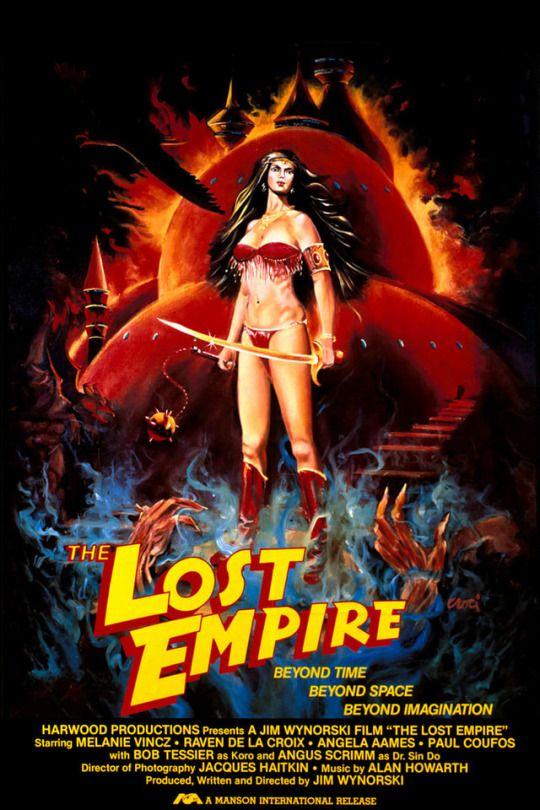