The 1984 film The Dungeonmaster (also known as Ragewar: The Challenges of Excalibrate) is a low-budget science fiction/horror film split into segments directed by different directors. The film was produced by Charles Band. The film has become a cult classic.

A computer programmer named Paul (played by Jeffrey Byron) lives with Gwen, his girlfriend (played by Leslie Wing) and a sentient female computer he built himself and interacts with through an mental interface. His girlfriend develops a jealousy of his relationship with the computer (named X-CaliBR8).

The programmer and his girlfriend are taken to a demonic realm late one night. The instigator is an ancient wizard who desires to fight a worthy opponent, and has singled out the programmer as his nemesis. The wizard, Mestema, declares the girlfriend Gwen as the prize. The programmer is armed with X-CaliBR8 inside a wrist computer, and Mestema takes Paul through a series of obstacles where he defeats enemies in boss-style fights, usually with lasers.

At the end, Paul faces Mestema himself in a final fist-fight battle. Mestema dies after being thrown into a lake of lava. Paul and Gwen are then taken back to their home. 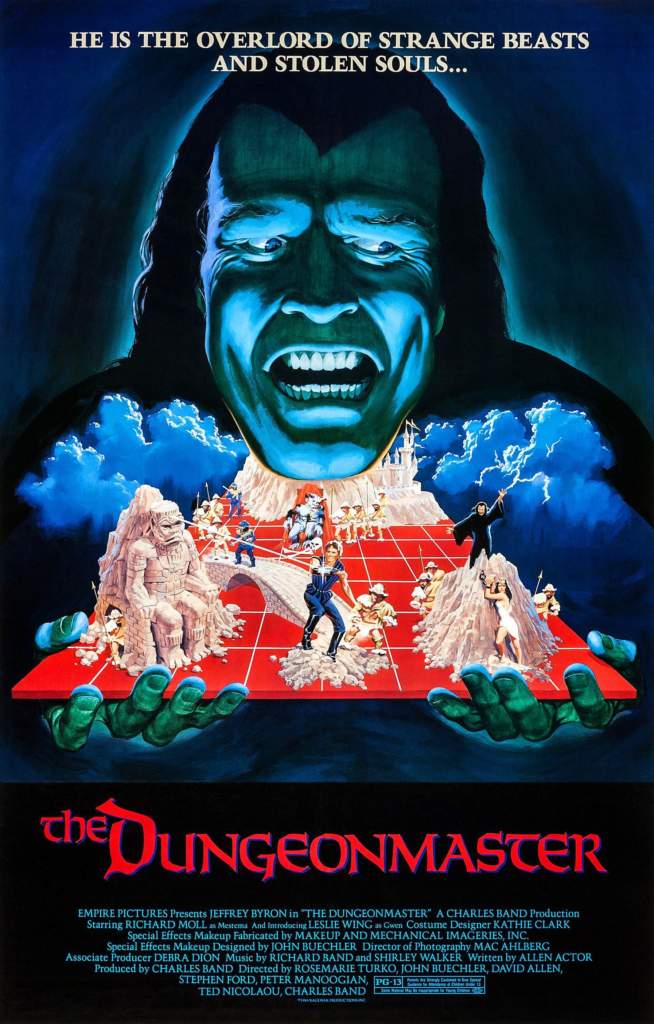