The movie begins in the realm of Axeholme, with Simon the son of the royal wizard (played by Vidal Peterson).

An evil warlock named Shurka attacks the king and the royal wizard, killing them and capturing the princess (played by Barbara Stock). Simon tries to attack the warlock and his henchmen with a sword but barely escapes with his life, losing a magic ring from his father.

The evil warlock, Shurka (played by Thom Christopher) entrances the princess to make her follow him. Simon finds a warrior named Kor (played by Bo Svenson) to help him take back the kingdom. Simon, trying to reanimate dead warriors to help them, fails and is seduced by a forest witch. Ambushed by monsters ranging from spiders to lizard men, Simon barely escapes by using magic to kill them. A hobgoblin joins the two as they venture further through the forest, avoiding cyclops and passing the test of a river Naiad at a waterfall.

Back at the fortress, occupied by Shurka, they release villagers from prison to help them in an attack. Simon and Shurka battle each other with magic and witchcraft, ultimately killing Shurka.

Simon and the princess are named the new rulers of the realm and the warrior, Kor, leaves for more adventures in other lands.

Wizards of the Lost Kingdom (1985) Gallery 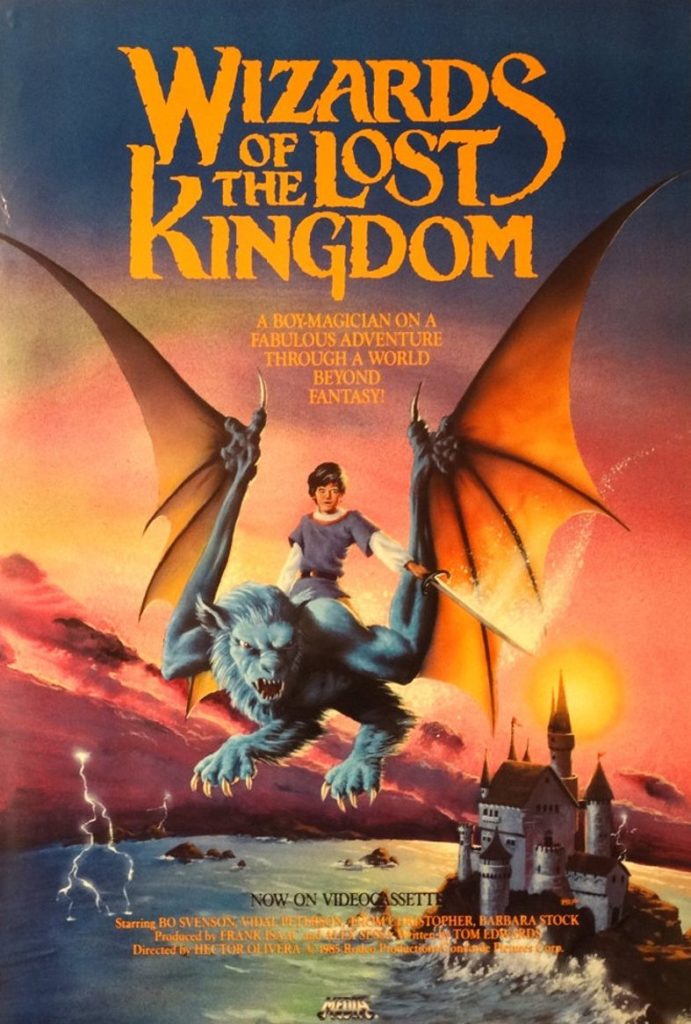