The 1975 film Psycho from Texas, also known as Wheeler, is a horror movie that was filmed in El Dorado, Arkansas. The movie was directed by Jack Collins and Jim Feazell. The film stars John King III, Tommy Lamey, Herschel Mays, Janel King and Christian Feazell, with the famous B-movie actress Linnea Quigley in one of her first small roles.

A local businessman named William Phillips (played by Herschel Mays) hires an itinerant hitman named Wheeler to capture a local oil tycoon and hold him for ransom. The hitman (played by John King III) had been raised in a terrible environment, and has grown into an aggressive hitman. The oil tycoon escapes and the hitman spends the rest of the movie tracking him down. The movie features Janel King (as Ellen Peterson), Herschel Mays (as William Phillips), Tommy Lamey (as Slick) and the iconic scream queen Linnea Quigley in one of her earliest roles as a barmaid. 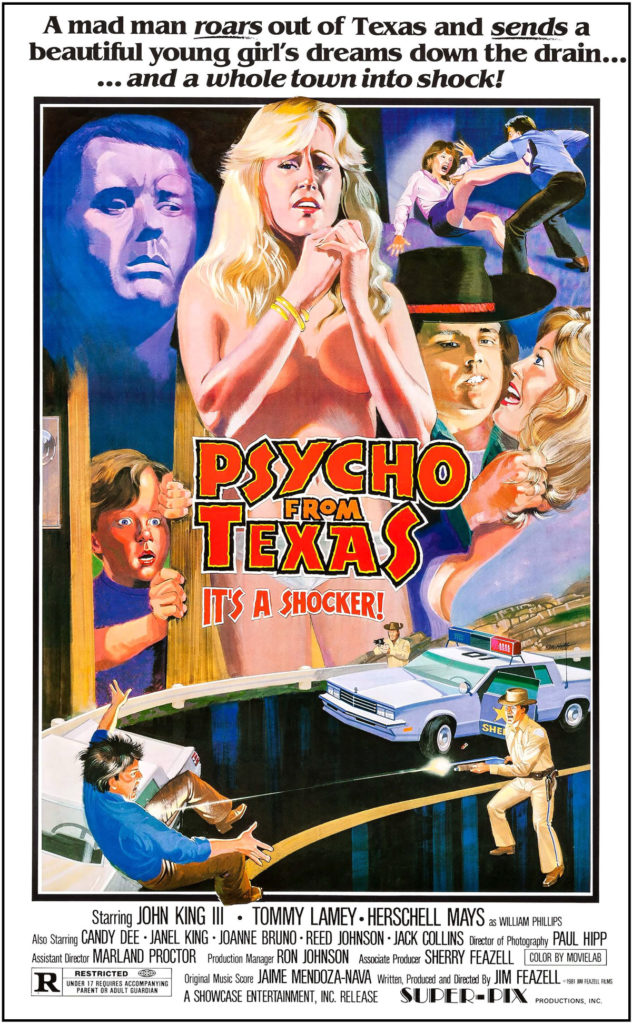