The 1987 film Masters of the Universe is a science fiction/sword and sorcery film which was panned by critics on release, and was a commercial failure. However, it has since adopted quite a cult following.

Masters of the Universe (1987) Plot Summary

At the planet Eternia, Skeletor (played by Frank Langella) rules an army which captures Castle Grayskull and imprisons the Sorceress (played by Christina Pickles).

The warrior He-Man (played by Dolph Lundgren) and companions rescue a locksmith named Gwildor, who tells them that Skeletor has stolen a magic key called the Cosmic Key which opens portal with sound.

He-Man gets another copy of the key and go to Castle Grayskull. They are attacked and flee through a portal, which takes them to Earth, somewhere in New Jersey.

Two teenagers find the key, the orphan Julie (played by Courteney Cox) and her boyfriend Kevin (played by Robert Duncan McNeill). They accidentally emit a signal from it and Skeletor’s lieutenant sends a team to retrieve it.

Kevin thinks the key is a synthesizer, so he takes it to a music store, but the team arrives and pursues Julie until He-Man stops the attack. A detective, suspecting the key is stolen, takes the key and is pursued by the team. Skeletor arrives in full force, and a lightning blast kills Julie and erases the memory of the key. He-Man is captured to save his friends, and is taken back to the Castle where Skeletor tortures him and absorbs powers from the universe.

Gwildor, still on earth, repairs the key and Kevin creates a portal. They go to Grayskull and start fighting with Skeletor. However, jealous that Skeletor absorbed all the powers for himself, his lieutenant leaves him. He-Man escapes and gets the Sword of Grayskull, and breaks Skeletor’s staff and throws him into a pit.

The Sorceress heals Julie, and she wakes up back in time, the morning that her parents took a trip and died in a plane crash. She stops them from going on the trip, and verifies with Kevin that everything they experienced was real. 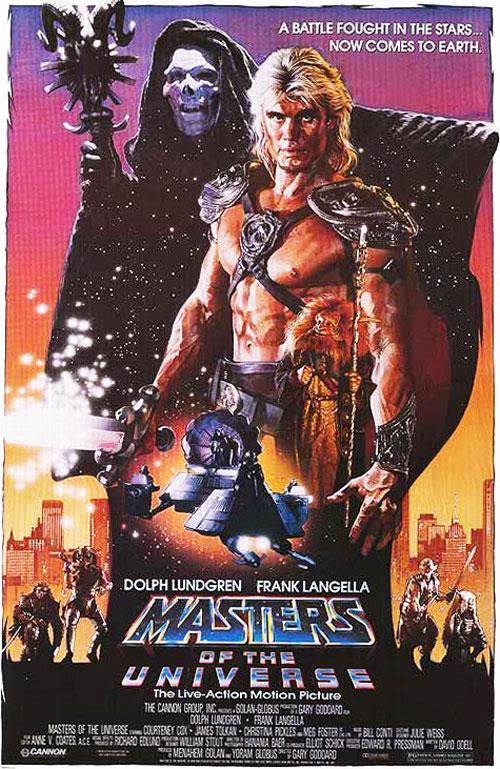