The 1989 film Moontrap is a science fiction film starring Walter Koenig, from Star Trek fame, along with the cult film icon Bruce Campbell from the Evil Dead series. The film has since become a cult classic.

A space shuttle named Camelot encounters a mysterious abandoned alien spaceship in orbit around the Earth. The commander, Jason Grant (played by Walter Koenig) finds a human mummy aboard the alien craft. Bringing the mummy and a mysterious pod back to earth, the mummy and pod are placed under observation and found to have originated on the moon some 14,000 years previously. The pod comes to life, and creates a cyborg body for itself from both the mummy and instruments from the lab. Jason Grant destroys the cyborg with a shotgun.

Later, Grant boards an Apollo rocket along with his lieutenant Ray Tanner (played by Bruce Campbell) to investigate the moon. Finding a ruined human civilization there, they stumble across a women in suspended animation who awakens and reveals herself to be named Mera (played by Leigh Lombardi).

After finding that the alien race is a cyborg people called the Kaalium, they are attacked, the lunar command module is destroyed, and Tanner is killed. Grant and Mera are captured by the Kaalium who are then heading towards Earth.

A second space shuttle, Intrepid, is launched from Earth to attack the Kaalium’s ship before it reaches Earth. Grant and Mera free themselves and start a self-destruction countdown on the alien ship and escape just in time.

Later, Grant and Mera are shown as a couple living life happily together. The film ends as a second alien organism is shown building itself a cyborg body inside a junkyard. 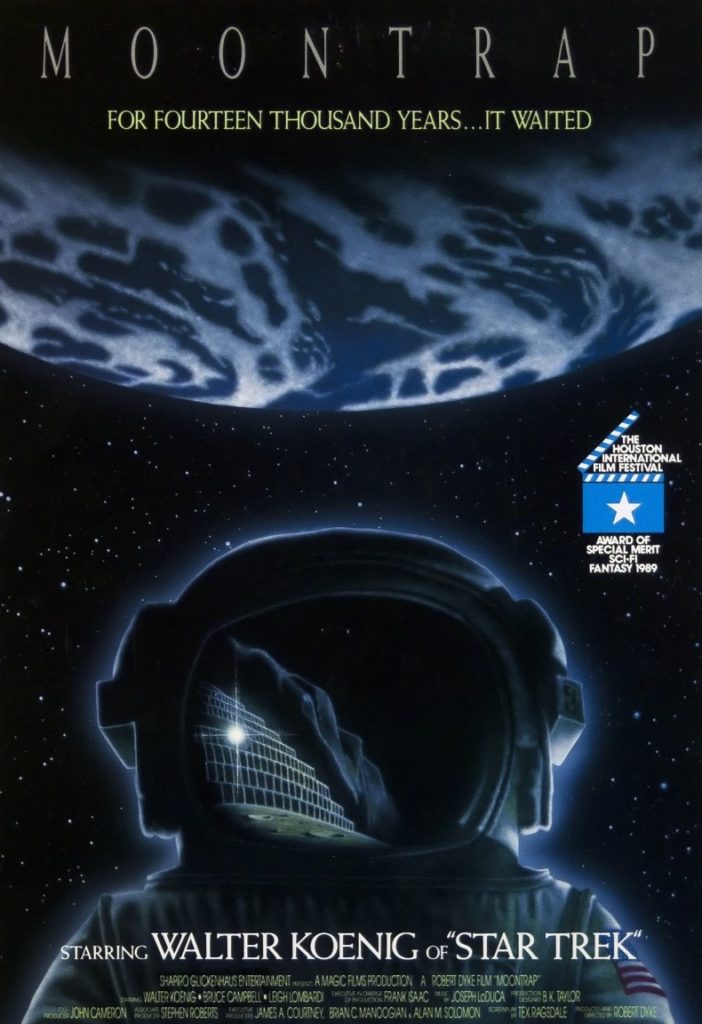