A baby is born with a prophetic birthmark that says he will one day take power over the Spider Cult. This is a cult which is currently oppressing the entire realm. The cult leader, Dakkar, tries to kill Ator but he is hidden and adopted by another couple.

As an adult, Ator (played by Miles O’Keeffe) finds that he is in love with his sister (played by Ritza Brown). His adoptive parent tells him he is able to marry his sister since they aren’t actually siblings. However, the Spider Cult kidnaps his wife just after they marry.

Ator trains with a warrior who helps him improve his skills enough to fight Dakkar. However, he is kidnapped by Amazons and is then won by an Amazon named Roon (played by Sabrina Siani) who helps him complete his quest. After Ator kills Dakkar, they find that the warrior who trained him actually is the previous leader of the Spider Cult who wants Ator to help him regain his throne. Battling the warrior, killing him, Ator then has to face a giant spider monster in the temple. Roon dies in the process, but Ator goes back to the village with his wife. 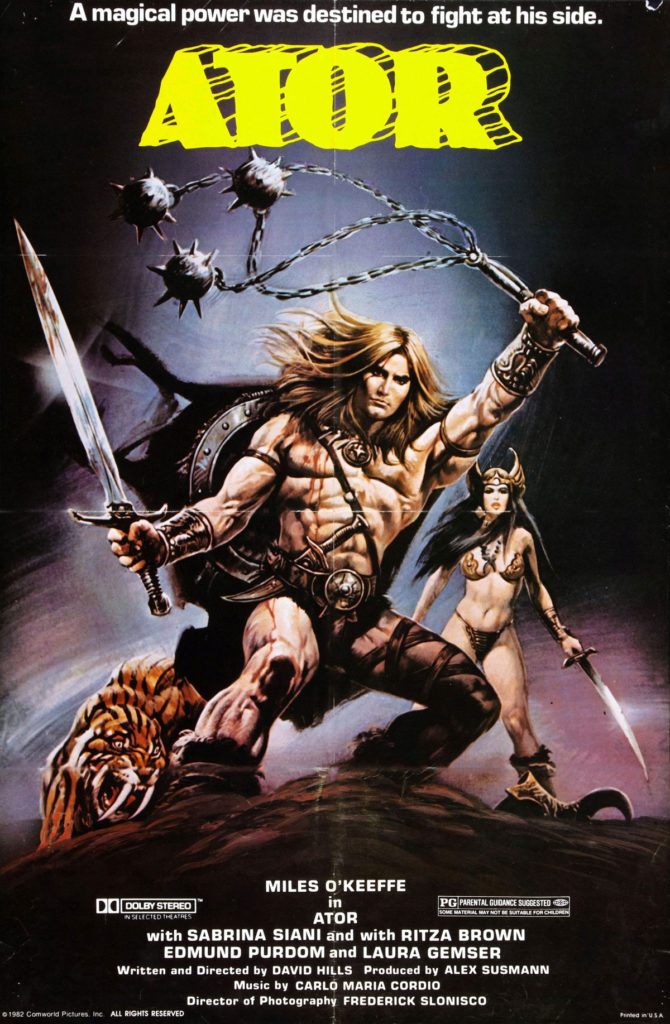