The 1984 film Sheena: Queen Of The Jungle is a fantasy action film, inspired by the Tarzan stories. It was directed by John Guillermin and stars Tanya Roberts in the lead role.

The movie was a box-office failure and won several awards for the worst film of 1984. The film was critically panned as well, but has since garnered significant success as a cult film.

Two geologists exploring Africa are tragically killed, and their daughter is orphaned. She is adopted by a native tribe (called the Zambouli) and named Sheena from an ancient prophecy.

Sheena (played by Tanya Roberts) grows up in the jungle and can telepathically communicate with animals.

The land of the Zambouli is rich with titanium, and a few reporters stumble on a foreign conspiracy to exploit the land. They see Sheena rescue a member of the Zambouli.

Meanwhile, mercenaries are coming into the land to kill the Zamboulis. One of the reporters, Vic (played by Ted Wass) decides to join Sheena in stopping the mercenaries and their leader, Prince Otwani (played by Trevor Thomas).

Sheena leads the Zambouli in a massive attack against the mercenaries, on the savannah. They are victorious, and Vic leaves back to his home in New York City knowing that he cannot tell the story of the Zambouli or they will be further exploited by the outside world. 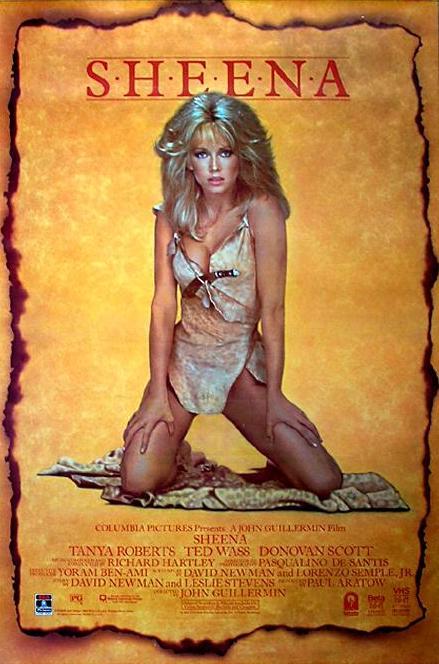