The 1984 fantasy film Sword of the Valiant is a film imagined as a retelling of Sir Gawain and the Green Knight. The movie stars Miles O’Keeffe, Cyrielle Clair, and Sean Connery.

Sword of the Valiant (1984) Plot Summary

The movie begins at a feast, with the king concerned about how fat and lazy everyone has become. He doubts that any knight present is actually brave. Suddenly a knight in green armor (played by Sean Connery) comes in with an axe and challenges everyone to a game.

Gawain (played by Miles O’Keeffe) is the only one to accept the challenge, and the knight says that Gawain has one chance to behead him, but then afterwards the green knight gets to behead Gawain. Gawain beheads him, but the knight picks up his head and prepares to chop off Gawain’s head, before granting him passage.

He then sends Gawain off on a journey to accomplish four tasks, during which he meets Linet (played by Cyrielle Clair) and the Lady of Lyonesse (played by Lila Kedrova). 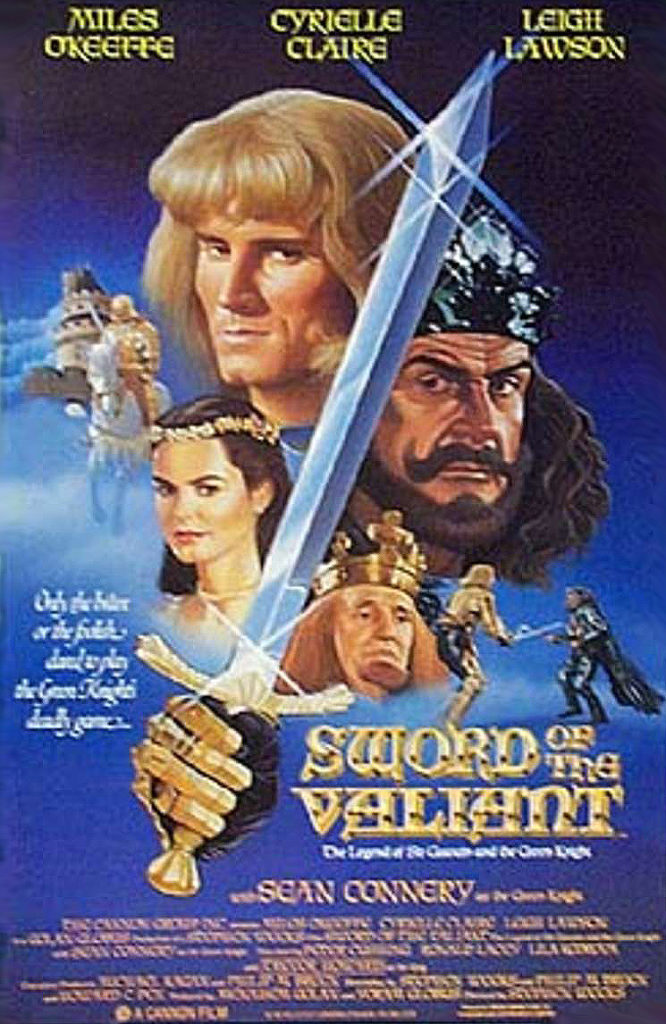