The film begins right where the second film left off. A mutant squirrel named Tromie, a self-referential name from Troma Entertainment, is killed.

Everyday life resumes, and the mayor of Tromaville (played by Brick Bronsky) has twin sons with his wife Victoria (played by Leesa Rowland). One of them, however, is suddenly kidnapped while still at the hospital. The kidnappers raise the son to become a violent criminal, but the other son is properly raised by the mayor.

A few years into the future, the two twins are now adults (also played by Brick Bronsky). An evil scientist, Dr Slag (played by John Tallman) frames the good twin in order to cause unrest in the town. He plans to destroy the town with toxic sludge. For the rest of the film, the good twin attempts to clear his name by unmasking the conspiracy against him.

This film features a new love interest of the sons, Trish (played by Lisa Star). It also stars Elizabeth Young as Elaina, and Valerie McConnell as Lisa. 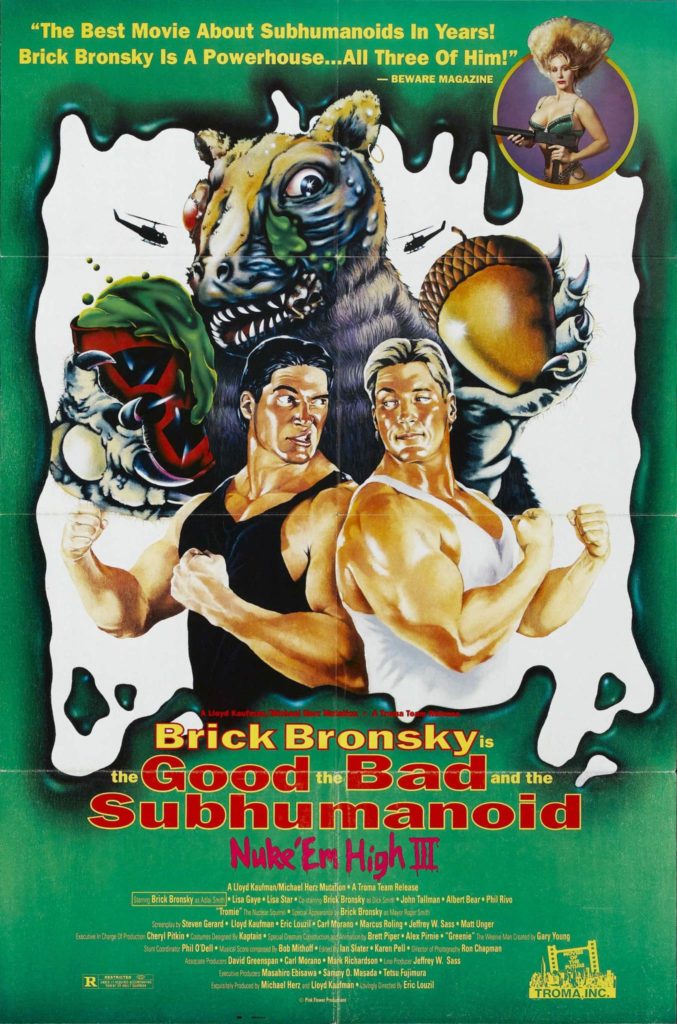