The 1991 film Scream Queen Hot Tub Party is a comedy and horror film directed by Jim Wynorski and Fred Olen Ray. The movie was famously produced in a single day, and only has a runtime of 50 minutes. That said, the movie has become a huge cult classic, successful mainly on the merit of casting five notable B-list scream queen actresses: Brinke Stevens, Monique Gabrielle, Kelli Maroney, Michelle Bauer, and Roxanne Kernohan, even though it turned out to be Roxanne’s last film.

Five actresses arrive at a house in Los Angeles, attending a seminar on creating horror films. The house is empty and making strange sounds. A delivery service brings them an Ouija board, get in a hot tub, and start talking about common horror tropes of films they’ve been in. Flashbacks include clips from famous actresses like Linnea Quigley.

They cover tropes like how scream queen actresses aren’t allowed to think for themselves, often take showers at inopportune and risky times, and in general provide very self-aware riffs on the genre of B horror films. 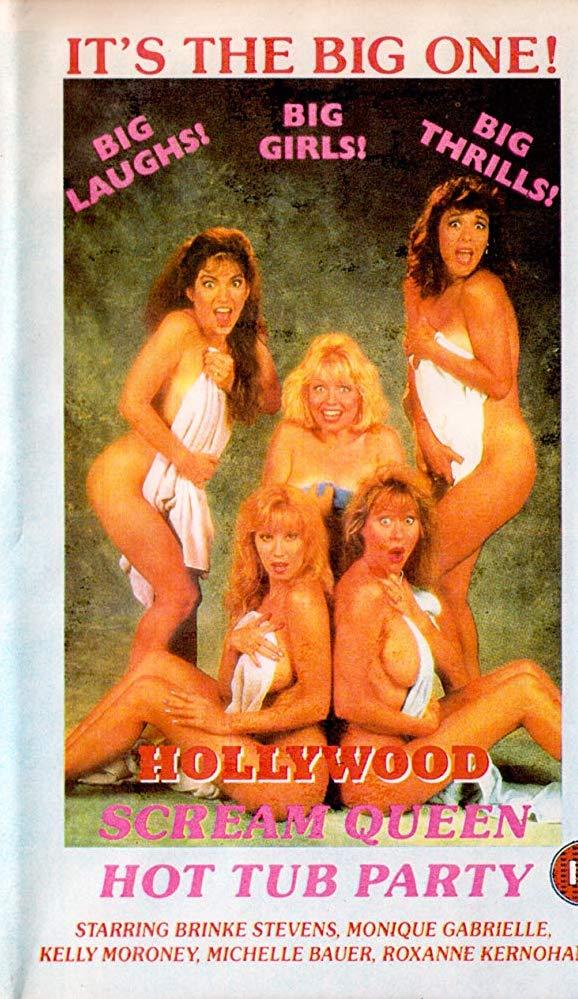