Born as Joseph Spagnuolo on October 28th, 1936 in New York City, he appeared in various stage productions and transitioned into film. He became known for his roles in cult horror films.

In his varied and prolific career he has had many engaging roles.

In 1978 he was in The One Man Jury with Angel Tompkins and Chris Mitchum, son of Hollywood legend Robert Mitchum.

1980 Spinell played a psychopathic killer in Maniac.
A character who fetishized murdering women… like too many.
I’m gonna go out on a limb and say it was too many women.

By the end  I was just hoping for some sort of intervention.
Maybe the avuncular neighborhood rabbi would pull him aside and try to get to the root cause of his murderess misogyny. But that never happened.

So  the movie ended and I made a tuna fish sandwich and went to bed where nihilistic thoughts danced in my head.

1981 was a year that  produced several classic films from Spinell.

First he was cast in Nighthawks with Sylvester Stallone and Catherine Mary Stewart.

Then landing the role of Vinny Durand, a taxi driver in The Last Horror Film with June Chadwick as well as Caroline Munro again.

In 1982 he starred in the Michael Keaton film Night Shift with Dawn Dunlap and Monique Gabrielle. 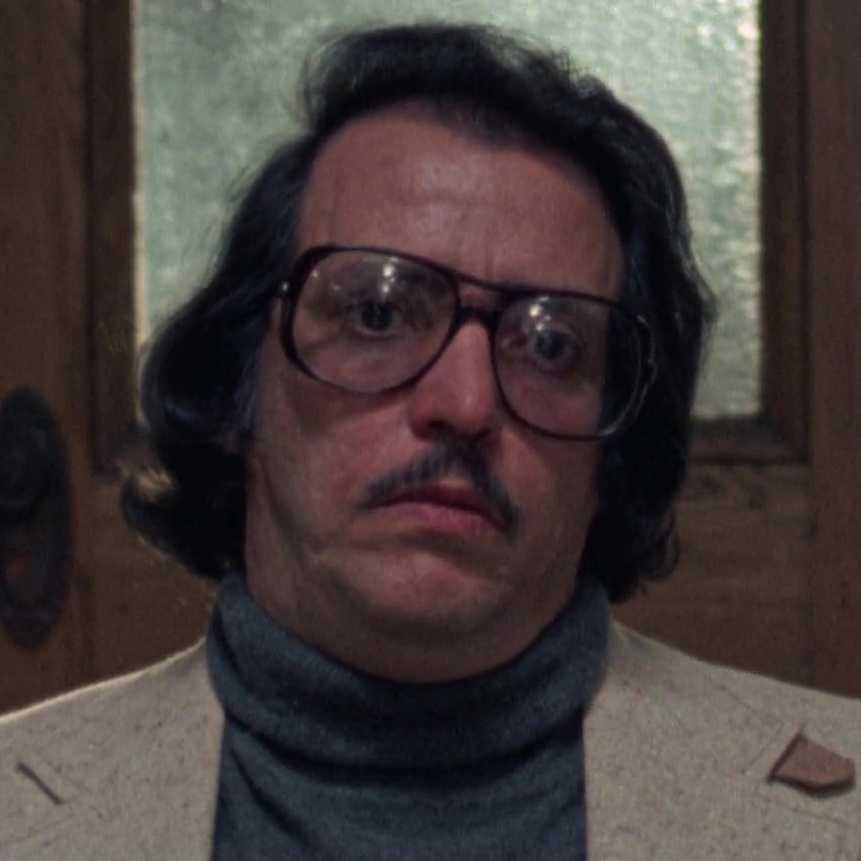