The 1985 horror film Howling II: Your Sister Is a Werewolf is a horror movie directed by Philippe Mora and starring Christopher Lee and Sybil Danning. The movie has since become a cult classic.

When Ben (played by Reb Brown) goes to the funeral of his sister (a former journalist) he meets a girl named Jenny and a man named Stefan (played by Christopher Lee). Stefan informs him that his late sister was actually a werewolf, and gives him a VHS tape proving it.

His sister rises from the grave and Stefan kills her which proves his point. Ben and Jenny go with him to Transylvania to help him kill a werewolf queen who never dies named Stirba (played by Sybil Danning). They battle with her in her castle, situated just outside a folk festival being held, and in the end Stefan sacrifices himself in order to kill Stirba forever. Ben and Jenny, falling in love, return home together. 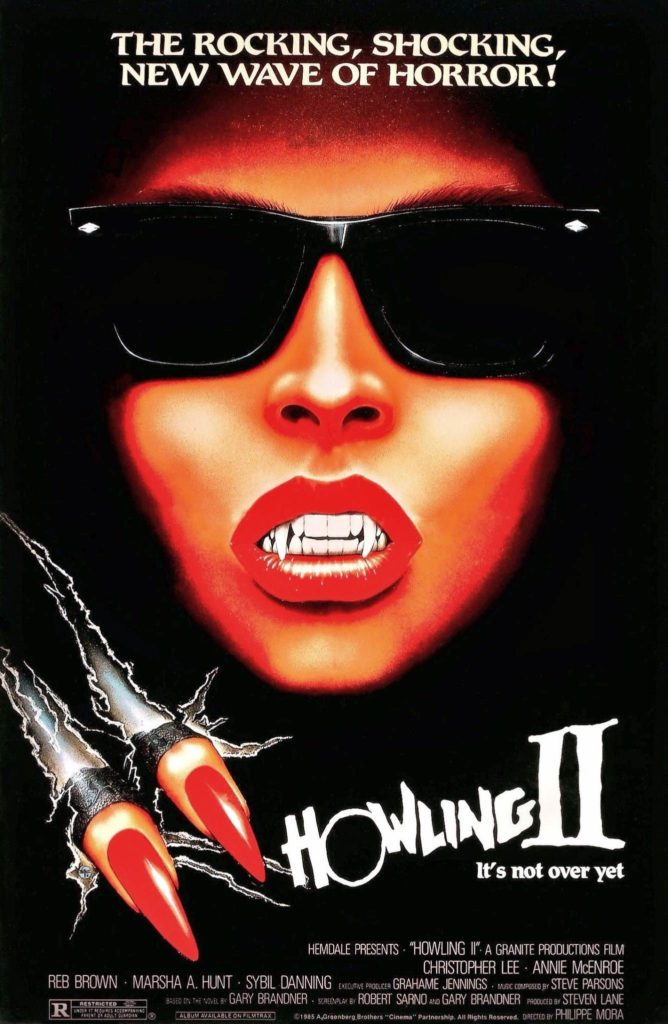