The futuristic stage is set for this epic race to unfold, pairing one man and one woman to each car, as they relentlessly devour asphalt. Taking turns behind the wheel in this sprawling endurance race. This is a no holds barred, pulse pounding, white knuckle adventure. Sit back and enjoy the ride as you drink in the chorus of red hot pistons mercilessly jackhammer the engine block to see who will come out on top!

After society collapses in 1979, the American government has become a violent authoritarian regime and, in order to keep the peace, have set up a cross-country race in which violence is the norm.

Set in the year 2000, five drivers are suitably branded in uniforms and cars, themed like Frankenstein, Machine Gun Joe, Calamity Jane, Matilda the Hun, and Nero the Hero. The race is broadcast on television and commentated.

The more violence and destruction the driver wreak on their way across America, the more points they get. However, a resistance group created by Thomasina Paine (played by Harriet Medin) determines to disrupt the race. One of the navigators, Annie (played by Simone Griffeth) is the secret inside assister.

The cars are destroyed one by one throughout the race except for Frankenstein, who Annie is navigating for. She discovers he is secretly going to win the race so that he can shake the president’s hand, at which time he will detonate a grenade.

Frankenstein is wounded in the race and cannot carry out his surprise attack, so Annie uses his costume and decides to do it herself. She is unable to, however, and Frankenstein himself rams the stage with his car and kills the president. 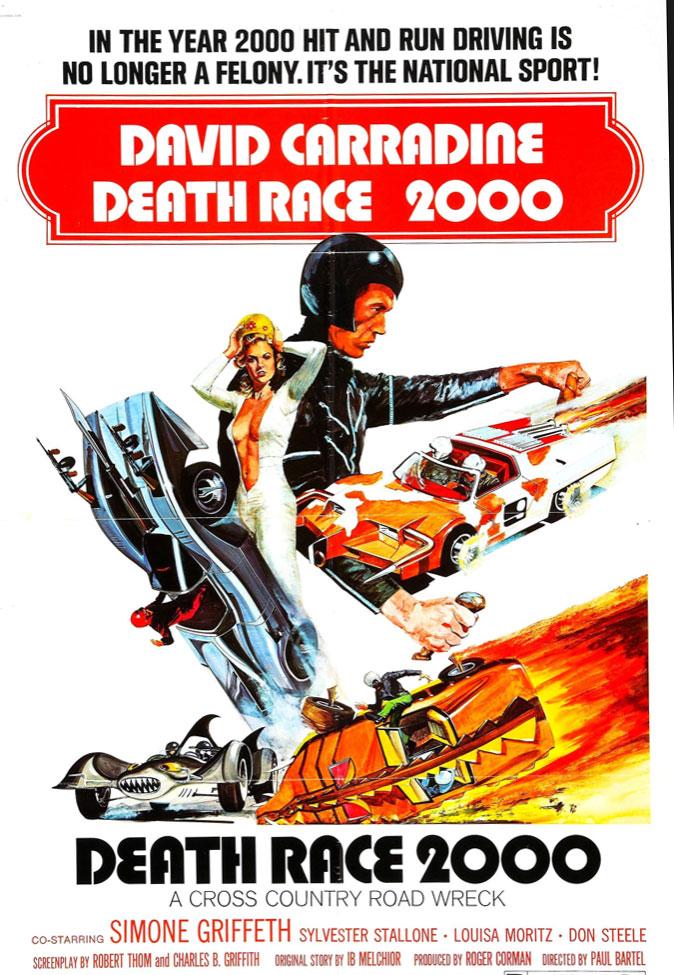