David Lynch is an iconoclastic American writer, director and actor. Acclaimed the world over for his entrancing off-center films like Blue Velvet (1986) and Twin Peaks (1990–1991), among others like Mulholland Drive and Dune.

Growing up in a self-described idyllic childhood, he lived in near-poverty after an early marriage, and said that his experience in seedy Philadelphia brought out the darkness that is underneath the beautiful exterior of the earth, just like “black sap leaks out of a beautiful tree”.

David Lynch is a total original. I’m a huge fan and I’ve always wanted to interview him. However, I’m about as important as a gadfly. But being such a huge fan I already feel like I know him, so I thought I’d go ahead and do the interview anyway.

Pose a few of the questions I’ve always wanted to ask him. Then imagine what his responses might be.

Me: Whenever you experience rejection do you ever wind up alone in a dark room for three days drinking scotch out of a dirty brown loafer? Or is that just me?

Me: What’s your favorite song lyric?

David: “I want to hold you in the Bible-black predawn” by I Am Trying To Break Your Heart (Wilco). Floors me every time. Wilco’s lyrics always have this psychedelic hue.

Me: Secretly do you enjoy confusing people?

David: Yep. That’s just a thing I like to do. What can I say. Experimenting on people. Playing mind games with them. Hell, I live for that. Started when I was going to Vacation Bible School. You know, parenthetically, I always wanted to be a cult leader. I’d be their leader, but after a while I would start shifting the group’s beliefs in more and more confusing ways. Without any explanation at all. But, those things never happened… So I got into movies. It’s the next best thing. 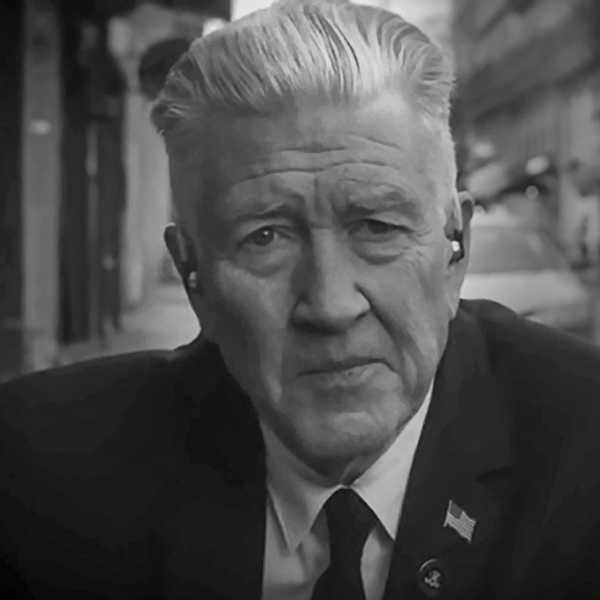