The 1992 movie Frogtown II, also known as Return To Frogtown, is a low-budget comedy and post-apocalyptic sci-fi movie directed by Donald Jackson. The sequel to Hell Comes To Frogtown, the movie tells the story of a destroyed future earth where mutated frogmen fight the remaining humans. The movie was followed by a further sequel in 1996 named Max Hell Frog Warrior.

Sam Hell (played by Robert Z’Dar) is a man who sneaks into Frog Town to find and save a downed rocket pilot, a Texas Rocket Ranger named John Jones (played by Lou Ferrigno). The leader of Frogtown ends up capturing a human professor named Dr. Spangle (played by Denice Duff), and makes him develop a special serum that mutates humans into frogs. They capture humans, as well, in order to test the serum. Sam Hell rescues these humans as well. 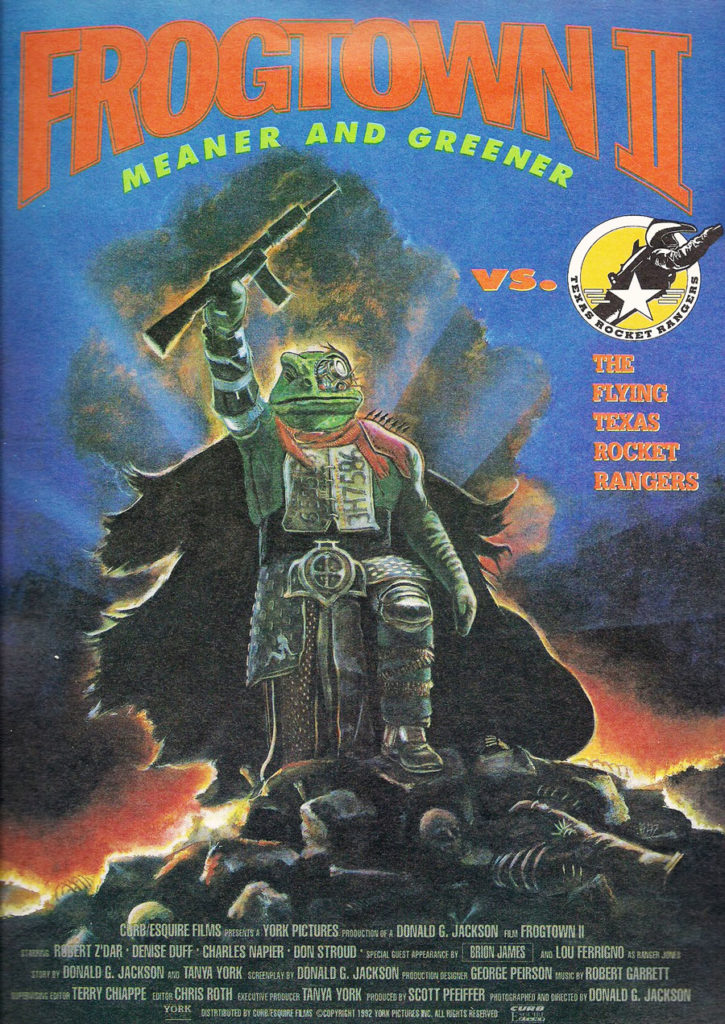