Interview With A Filmmaker: Hank Kellerman 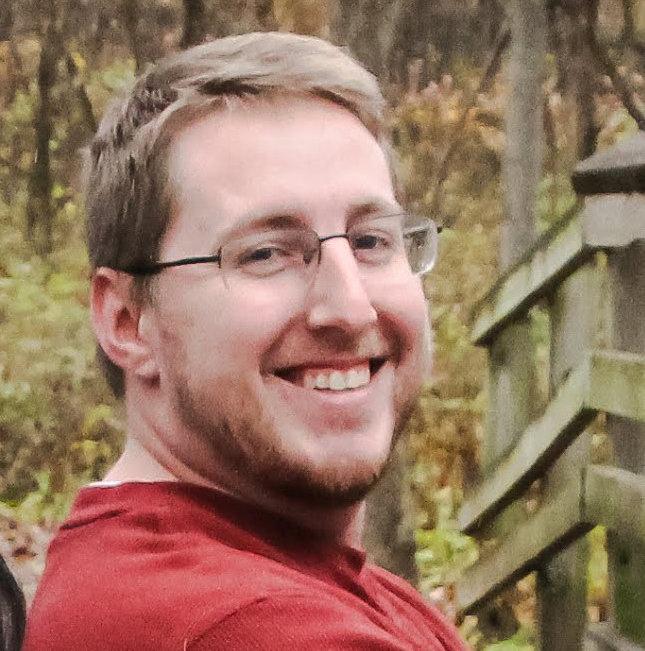 Earlier this summer, I was browsing Reddit as one does when one wants to waste an entire afternoon, when I saw a teaser trailer that confounded the crap out of me. Before I go any further, just watch it for yourself:

Yeah, weird right? Is that last egg an…avocado? I’m not sure.

Tell us a little bit about your beginnings. Your origin story, so to speak. How did you get into filmmaking, and what made you choose this path over others?

When I was in 7th grade I vividly remember watching a movie on the SyFy channel called Raptor Planet and just because it had the name raptor in it, I decided to leave it on. To my disappointment, and surprise, when the raptors showed up they were crude, roughly animated, and had little lighting or texture applied to make them fit in the scene. I thought to myself, “How did this ever get made? Don’t they know that doesn’t look good?” And that was just the beginning for my love of cheesy effects, loose plot lines and acting that isn’t capable of any awards. 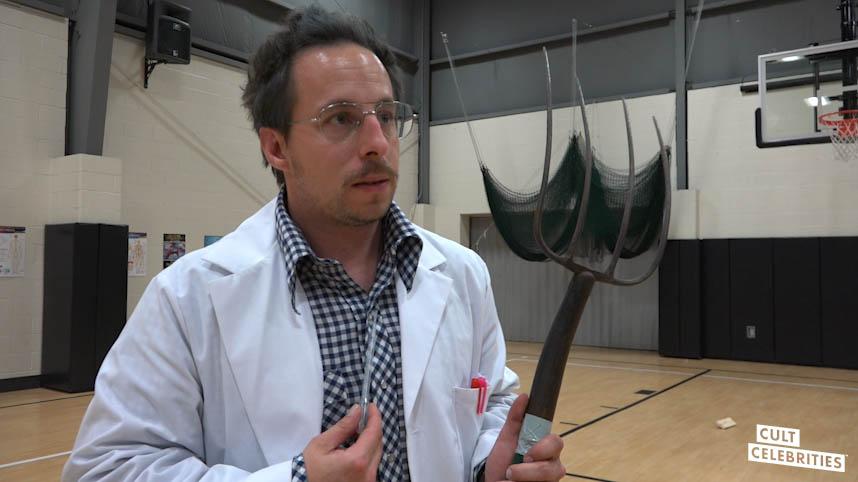 When I went to college I started my degree pursuing marketing, given I was creative with things and enjoyed learning about people. Also upon leaving for college I began growing my collection of movies. All sorts of bad ones and people would come to my dorm room and I would have so no-name movie on and they’d have to stay and watch out of curiosity and then I’d smile as they would leave after five minutes due to “this movie sucks.” But I loved every one of ‘em. I transferred schools and after some deliberation decided to pursue a degree in Digital Media Production with an Emphasis on film. Unfortunately, me being the forward thinker, I knew that it would be difficult to get the type of job I truly wanted and I wanted a safe career path. So back to marketing I went. I graduated with my degree and a minor in creative writing where every story I wrote I always had the intention of turning it into a film some day.

After working in the real world for three years or so and finally sitting down to finish up the first draft of Devilution, I decided it was time to try and make a splash in the world of cinema. However, after reading the script thoroughly it was clear that no one else would be interested in making my film and so I decided that the only way to see it on the big screen was to do it myself. And here we are!

Give us some background on Devilution, your upcoming film, and why you chose to make this specific movie.

Devilution began roughly seven or eight years ago. My older brother Pete and I was just sitting around the campfire joking around and the idea came up about birds turning back in to dinosaurs and how crazy that would be. We laughed it off and a few days later I had written an outline. Then I forgot about it for a while. It sat on my hard drive and I’d occasionally tell my buddies about this idea for a movie I had, going through the story line, the twist and turns, and just using it for fun.

Believe it or not, Devilution was not supposed to be the first movie that Rusty Hay Wagon Circus Films was going to make. We were working on a documentary about my family and a situation that involved losing the house all my siblings grew up in due to the city growing around us, but we tossed it out when we tried to figure out what kind of movies should RHWCF make? And the answer of great movies with low budgets and strange stories was obvious. 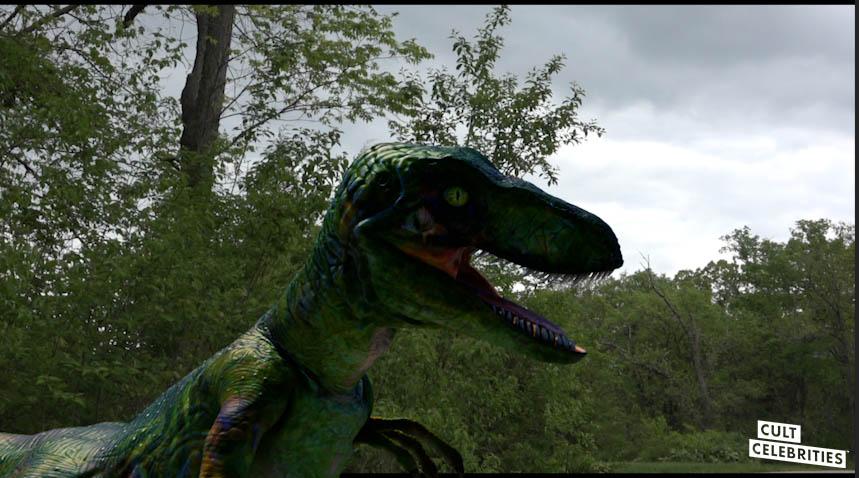 Devilution allowed us to take full control of everything and gave us the opportunity to make something no one had ever seen before and I think that is what’s important. The basic plot of the movie is that a meteorite lands and contains a new element which (of course) causes birds to de-evolve into their ancestor of a raptor and then a ragtag team of friends must hold out and figure out how to survive long enough for the military to arrive and save them. 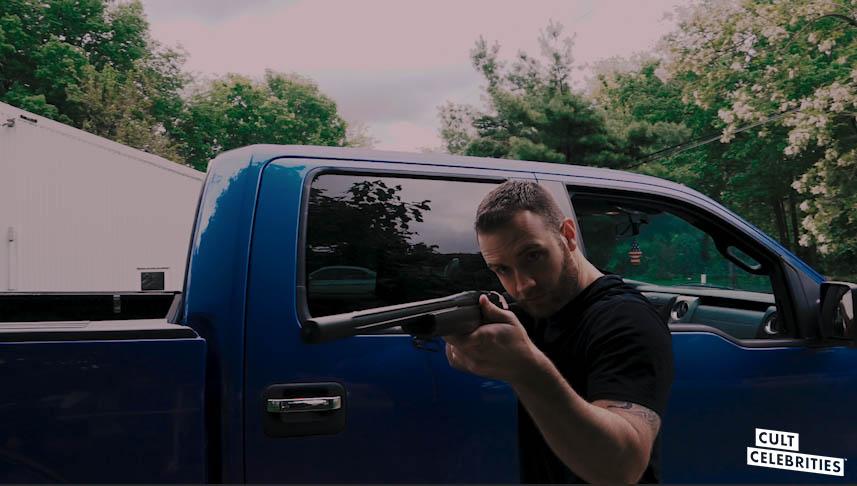 Devilution is my baby and I knew I wanted my first film to be special and I don’t think they get more special that this. On top of the awesome story, I knew we could do all the work ourselves with locations we had access to and friends willing to act in exchange for a hot lunch or dinner and continental breakfast!

What are your favorite 5 films, and how do they influence your work?

Dead Alive- (sometimes called Braindead) This movie above all others is one I love showing to my friends. Peter Jackson’s early work all has this look and feel of uneasiness and goofiness. And the New Zealand accents throughout the film are icing on the cake. This movie, more than anything, serves as inspiration of “If someone can start their career making a movie like this, then work up to Lord of the Rings, The Hobbit or King Kong…why can’t I?”

Bad Taste- Another awesome film from the back of the closet in Peter Jackson’s house. Aliens invading earth to eat humans? Why not shape them like potatoes mixed with soft serve ice cream? Everything about it is great. Great costumes, story, locations- and not to mention the VFX. Peter Jackson was incredible in his use of practical effects in this movie.

Killer Klowns from Outer Space- Talk about a carnival! This film is a personal favorite and another staple in my “movie night with friends” collection. The story is wild, the Klown creatures are perfect, and the writing fits everything that is going on perfectly. Another one that teaches me that any story is capable of being told. If people believe Killer Klowns from Outer Space is a bad movie, they just haven’t paid attention. (And not to mention that awesome theme song!)

Razorteeth- Mark Polonia (who I consider to be one of the kings of SOV film), has created dozens of awesome movies with low-budgets, creative effects and plot lines that draw the viewer in, even if the acting isn’t Oscar worthy. I love creature features and this one is no exception. All of his movies with monsters make me really want to explore the world of practical creature effects in future films. (We tried getting real raptors for Devilution but just getting the mass quantities of meals required was outside our budget so we had to settle for CGI.)

Tremors- This movie became a household title and between Reba and Kevin Bacon starring as folks fighting of mutant worm creatures, it’s no surprise. Didn’t really influence me in particular, but definitely in my top five for entertainment factor. 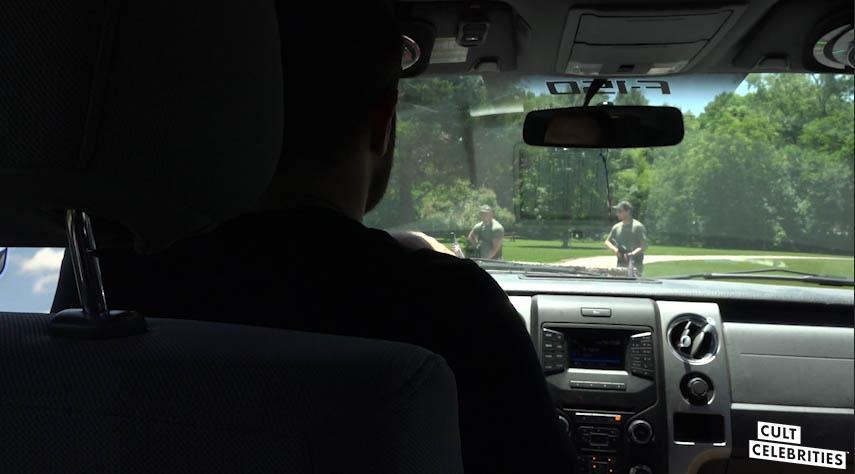 Which part of filmmaking do you enjoy the most – editing, effects, writing, shooting, acting, etc?

I definitely enjoy the writing aspect of it. I have yet to act (though I will come this fall), but writing the story and visualizing everything in your head as you go page by page is very rewarding. Taking something from concept, to script, then to hear others reading your script, and now to be editing footage of people reading lines on camera is an experience like no other. 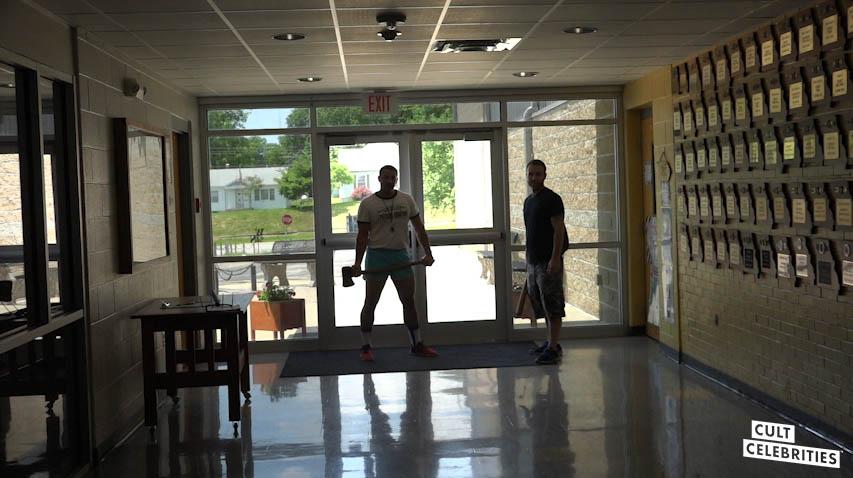 For Devilution our goal was to keep expenses as low as possible and so we focused on using equipment we already had.The entire movie was shot on a single Sony CX900. No special lenses or extra cameras to help so shooting was a bit tedious. For sound we were using a Taskar shotgun mic, attatched to a length of PVC pipe. I built a tripod dolly with some wood and also built a “steadicam” rig out of PVC pipe and the shots all turned out much better than I expected (though I think my expectations were low!) For Devilution we tried wherever possible to just use natural light, and only occasionally using a small LED panel for a fill light where needed. Maybe a handful of those shots will make the final cut.

For editing I am using Adobe Premiere. VFX is Adobe After Effects and Blender. I have never had formal education on these softwares but am more of a self-taught type. I will just say this: If I wasn’t confident that I could edit the movie and do the majority of the VFX myself…Devilution would not have been made.

Wow. First of all I would probably laugh since someone thinks I need $100K to make one of my movies. (Well I do, but I manage…) I’d get a better camera, probably the Black Magic Pocket Camera and hire a Cinematographer and PA and sound person for the shoot. For Devilution there were times when I was running camera, sound, directing, and supervising the script so an extra hand or two would be appreciated on set! I’d get a couple of locations that would be unique to film in as well! Whatever is left over would go towards some kick-ass special effects and custom creature/monster models.

After Devilution is released, what’s next for you and Rusty Hay Wagon Circus Films?

Though we had the ability to make a few sequels for Devilution, the plan is to shoot our next feature film this November. It’s a different than Devilution, but will have the same witty story and dialogue that people will come to expect from RHWCF after Devilution. After that one it is on to the next project we have slated which, should things go to plan, will start shooting next summer sometime. In the meantime we will continue to fine tune some scripts we have written in the hopes of collaborating with someone or selling them to be made for the big screen.

Thanks so much for talking to us, Hank. We’ll leave our readers with another trailer for Devilution.

Hank Kellerman is the director and writer of Devilution, a sci fi comedy film releasing in late 2019. You can follow Rusty Hay Wagon Circus on their website. 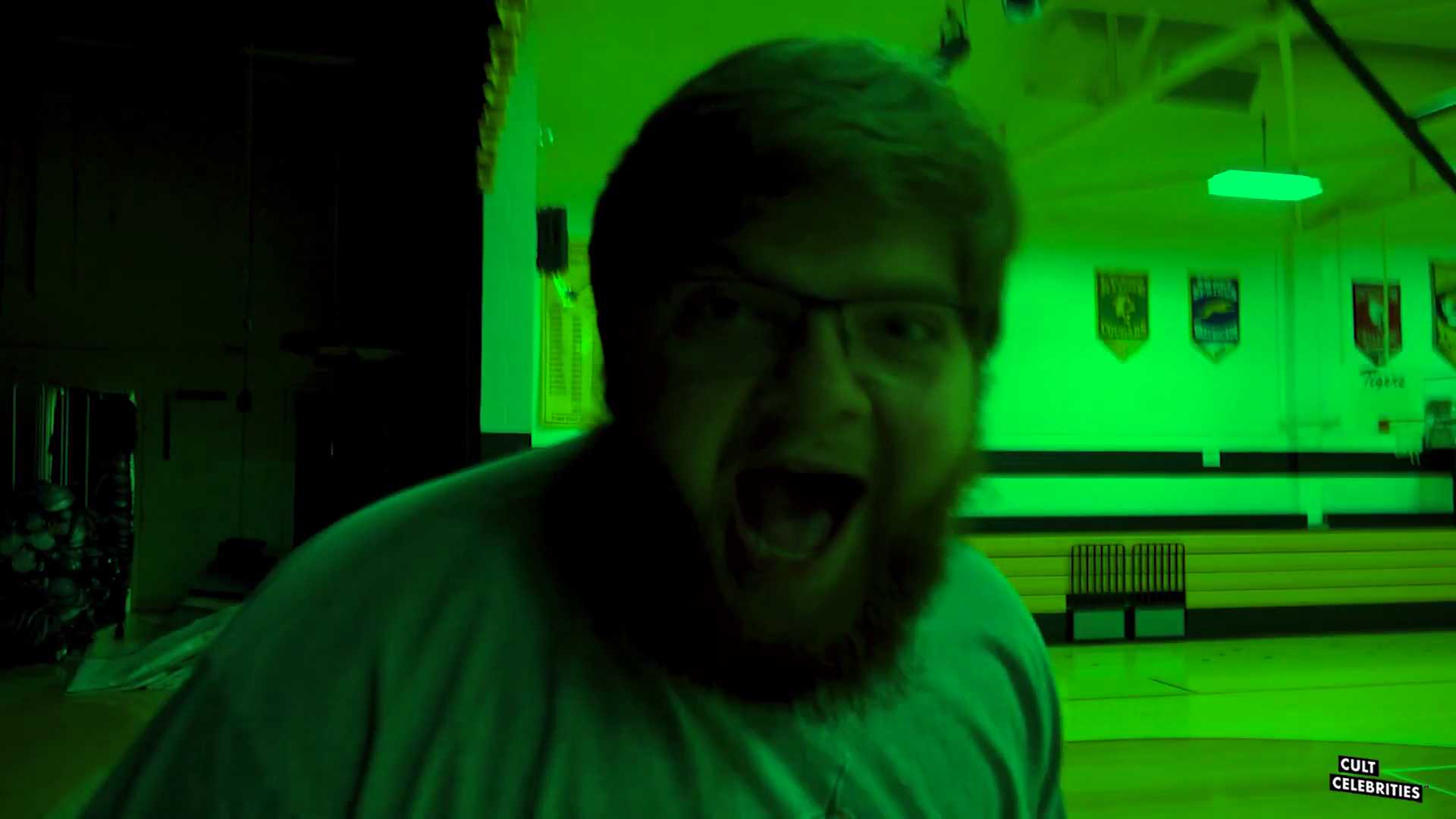 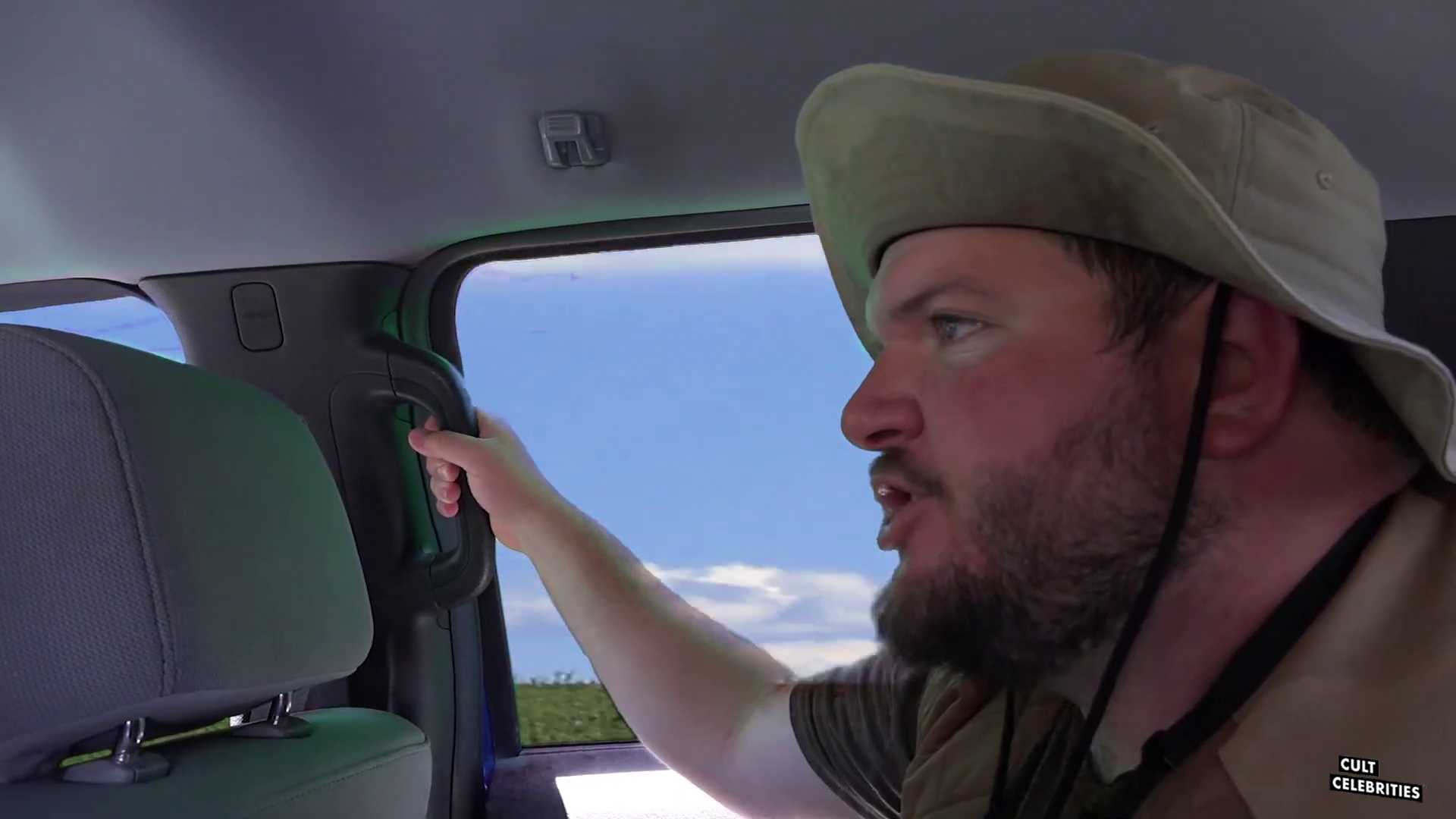 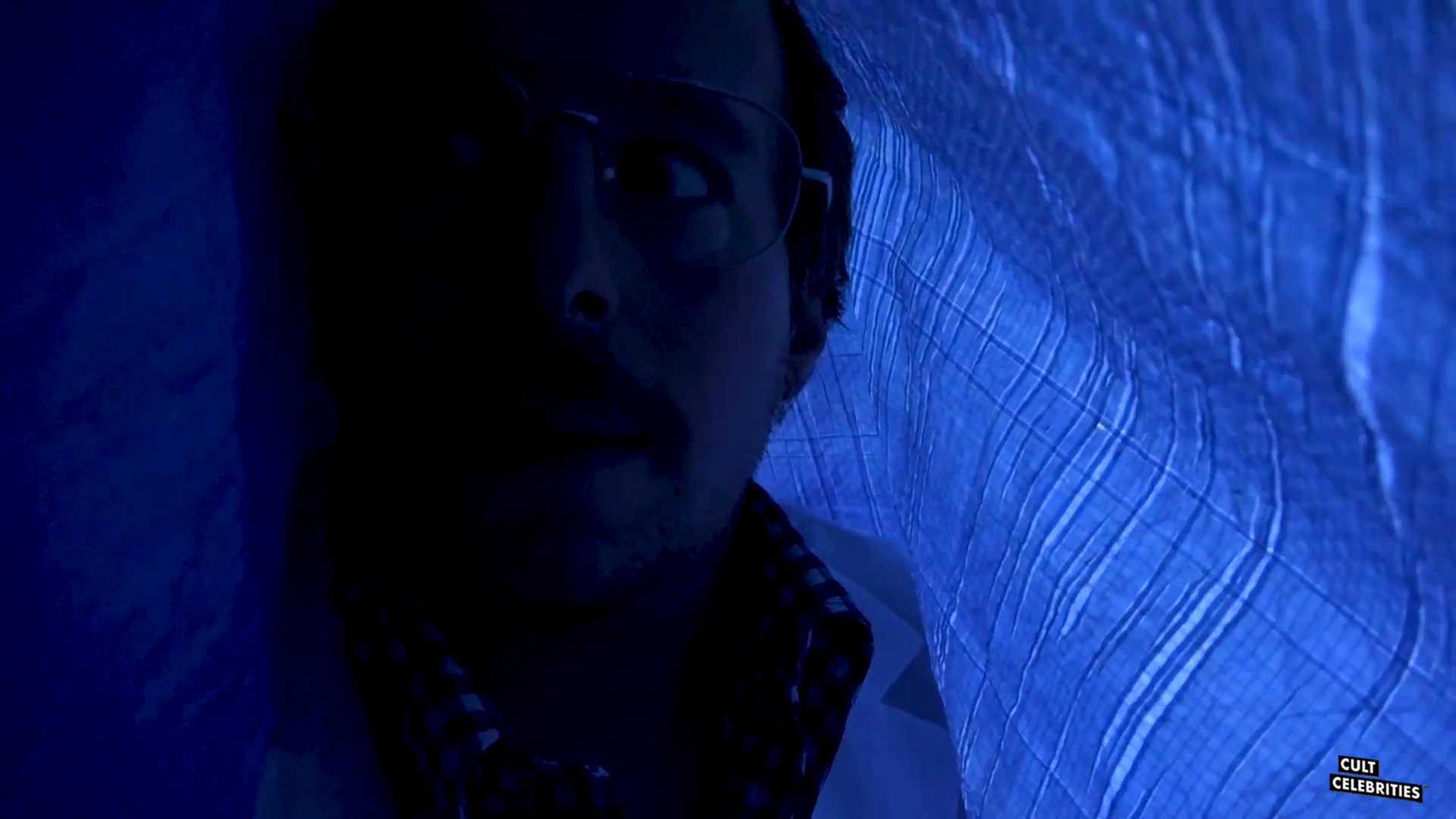 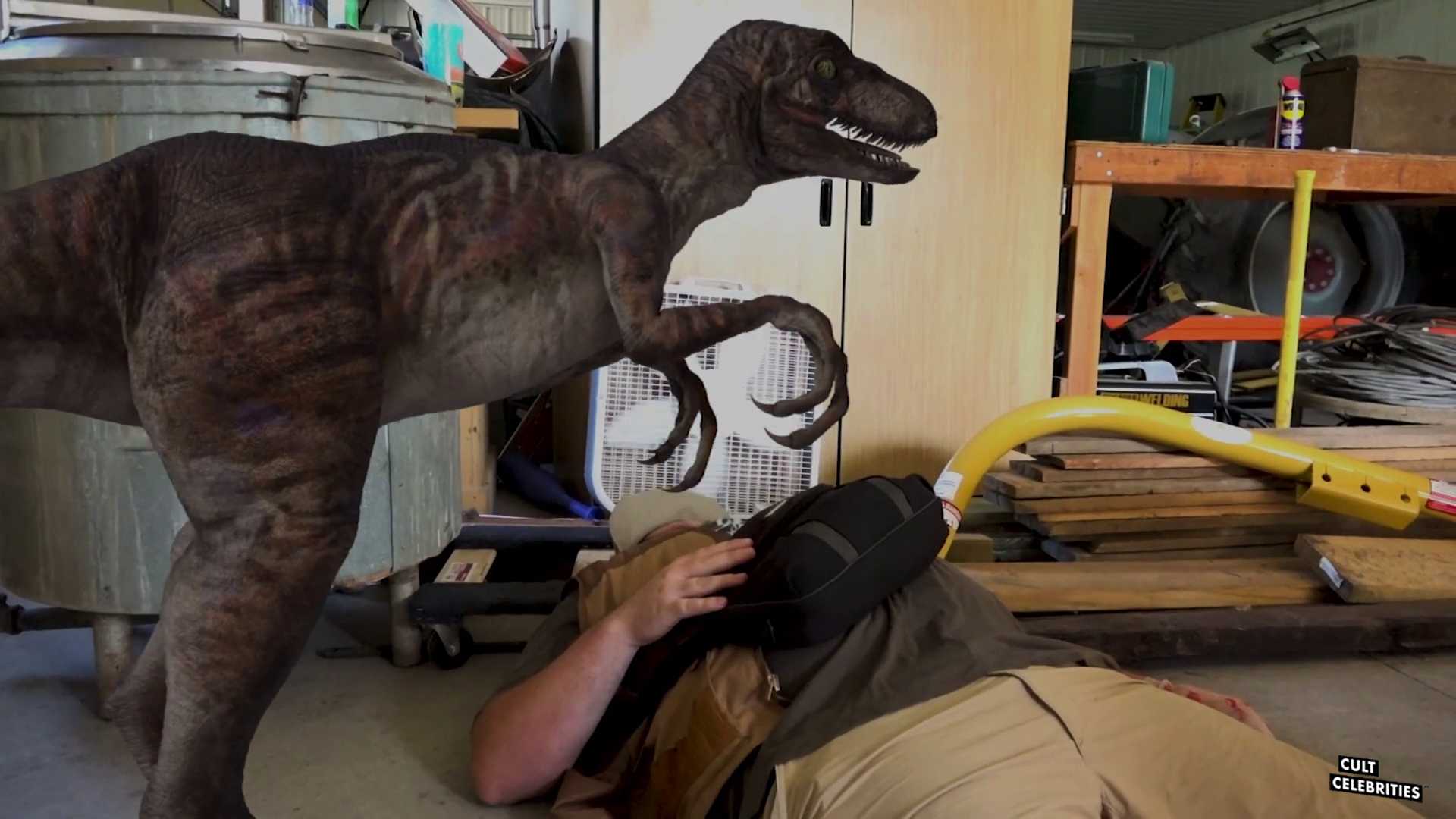 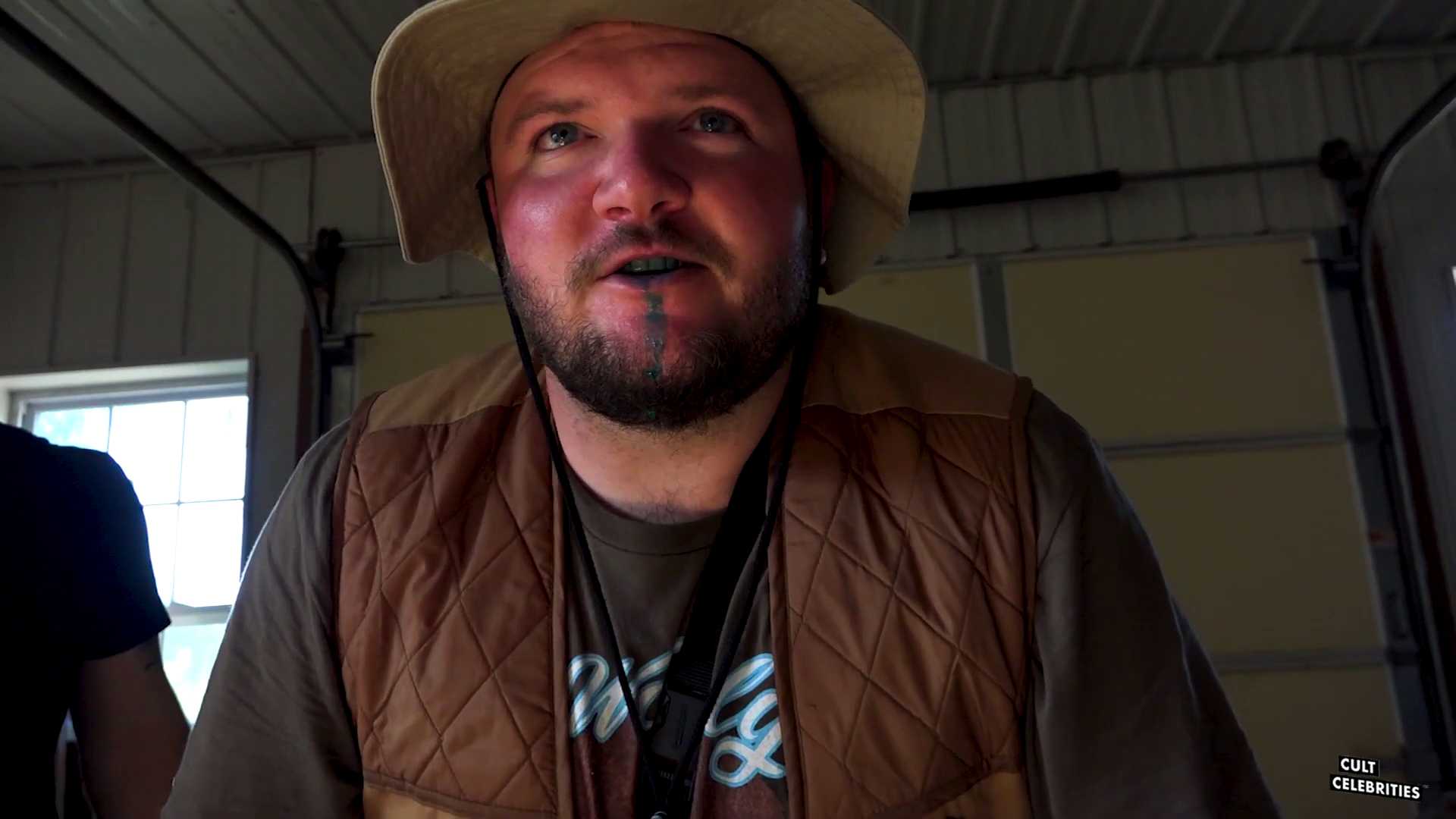 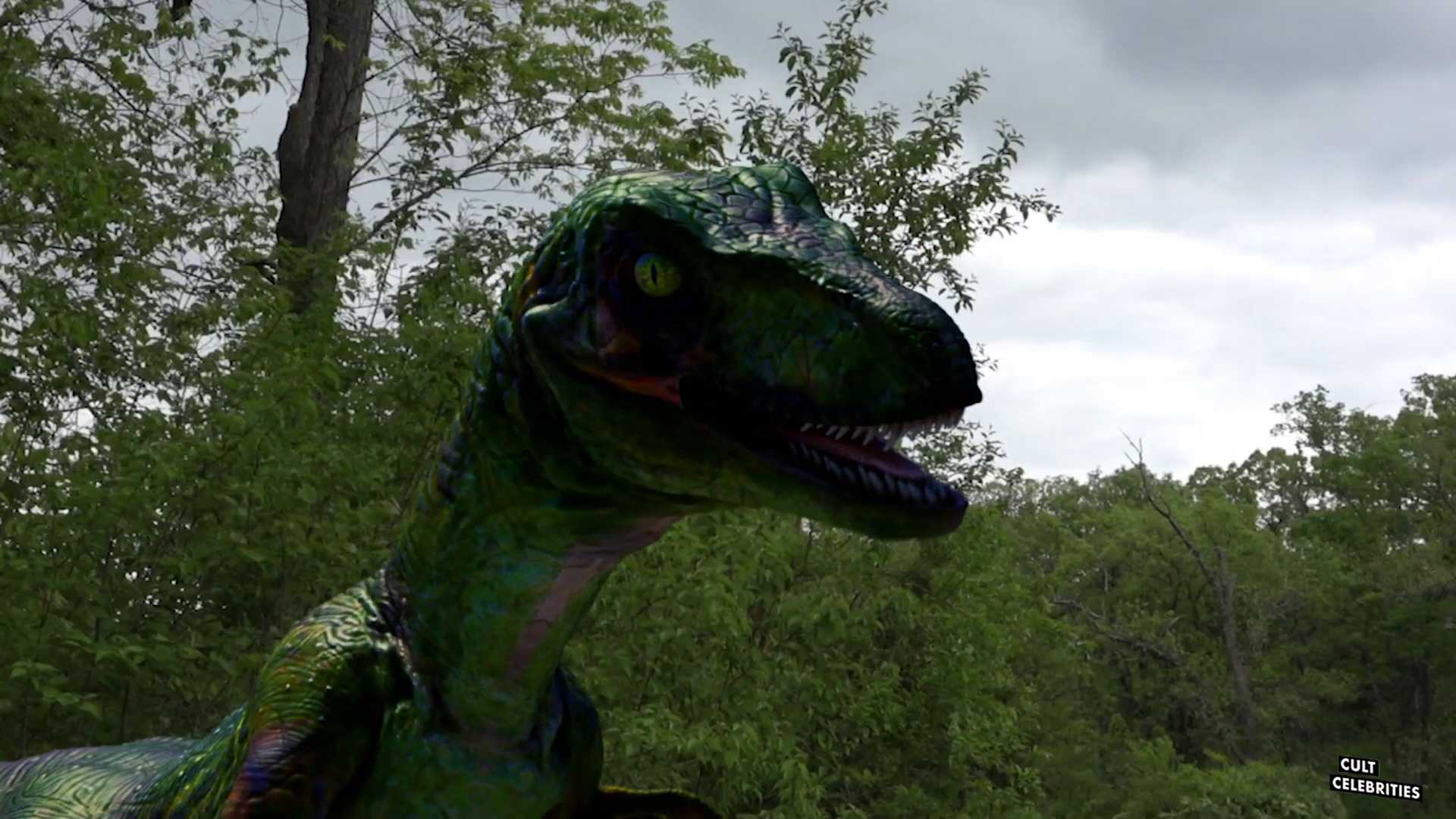 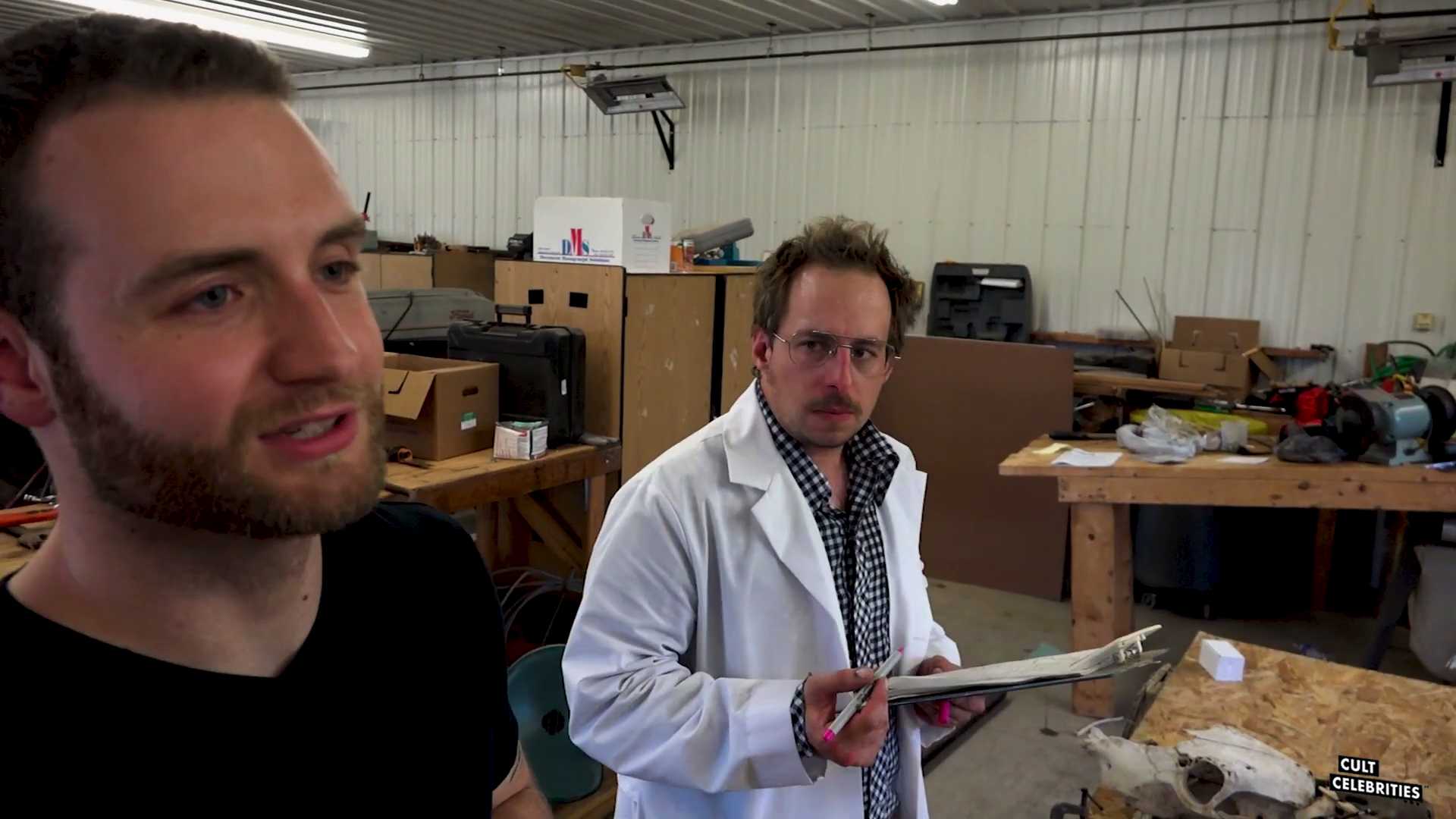 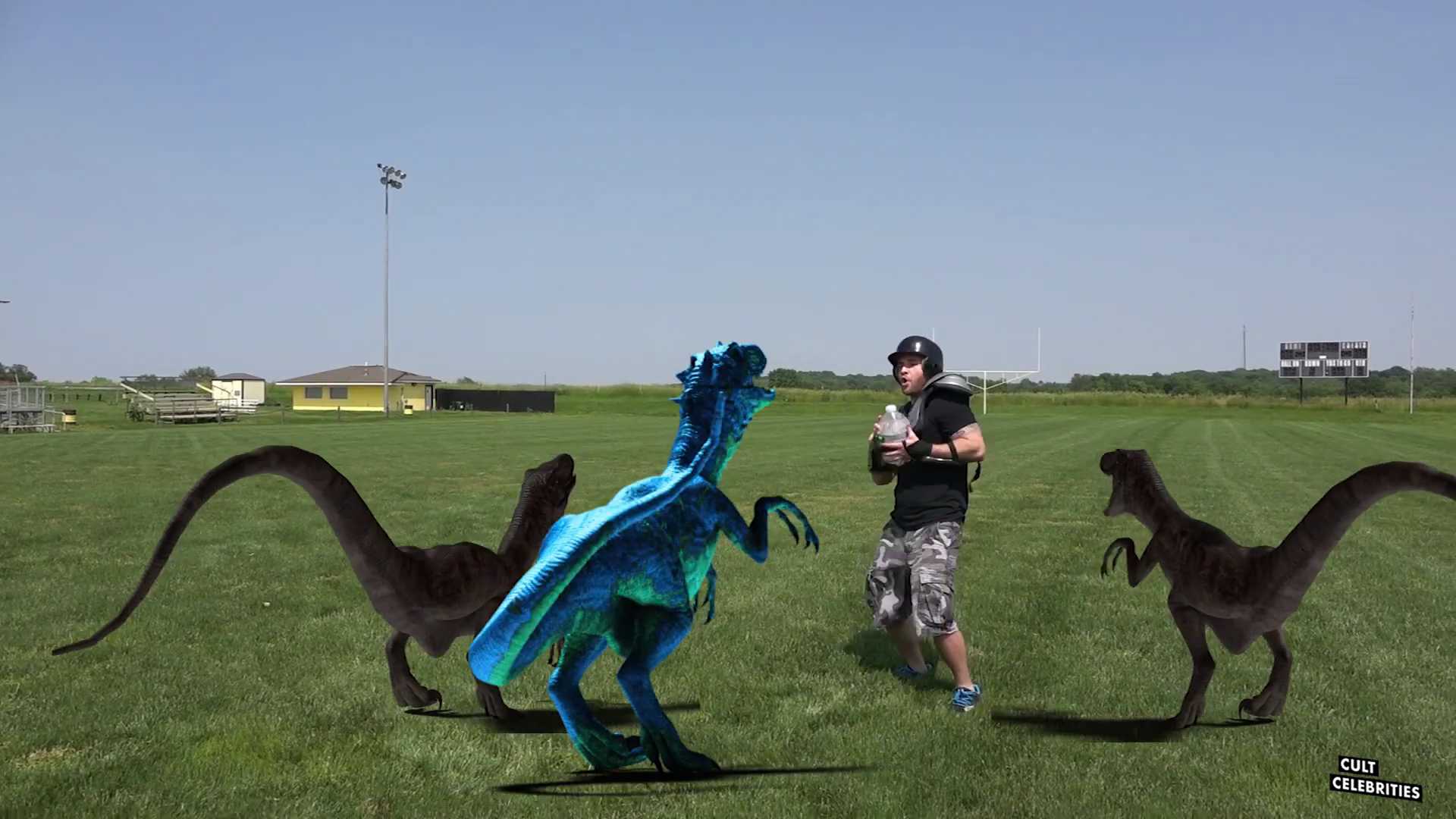 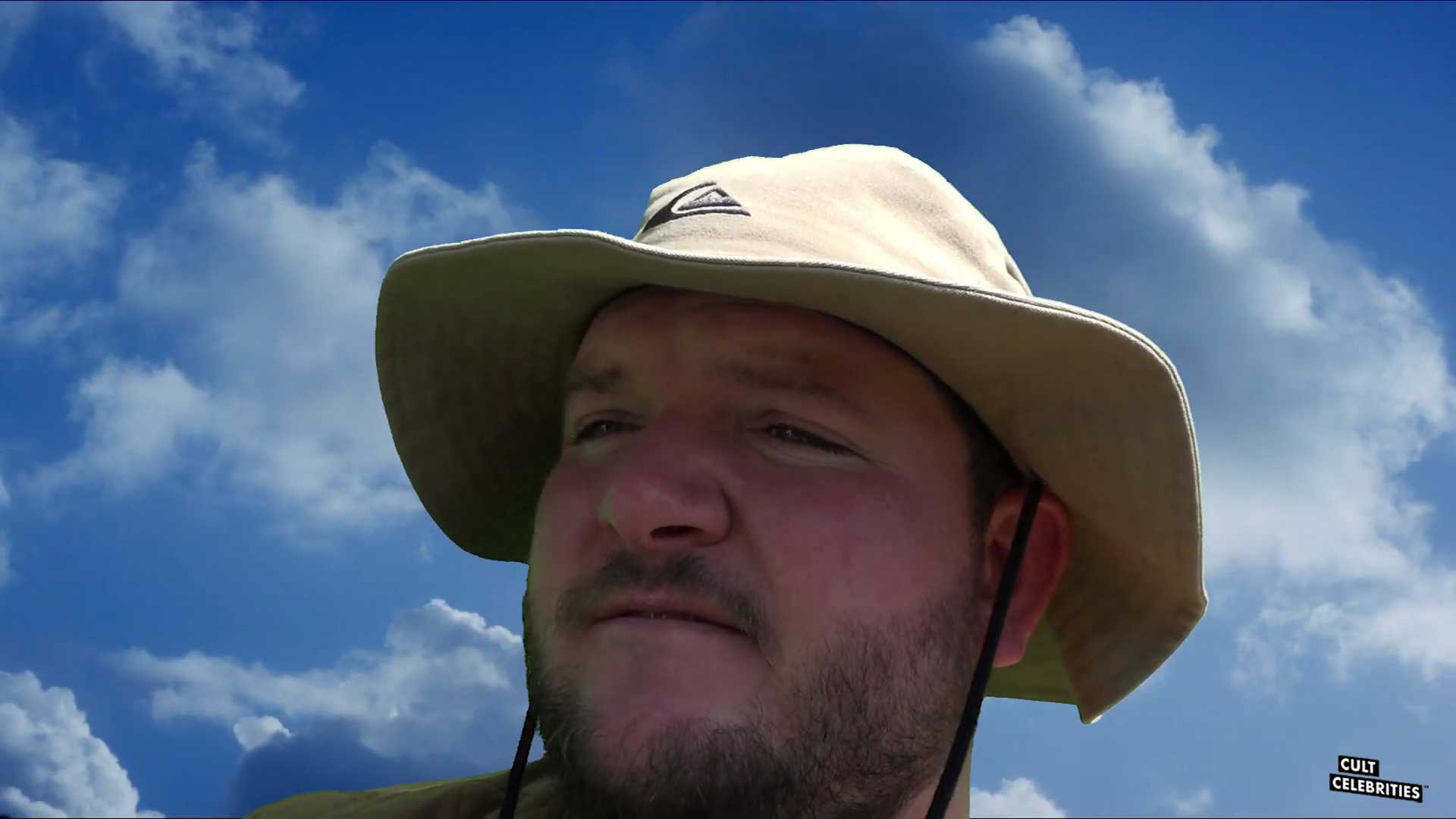 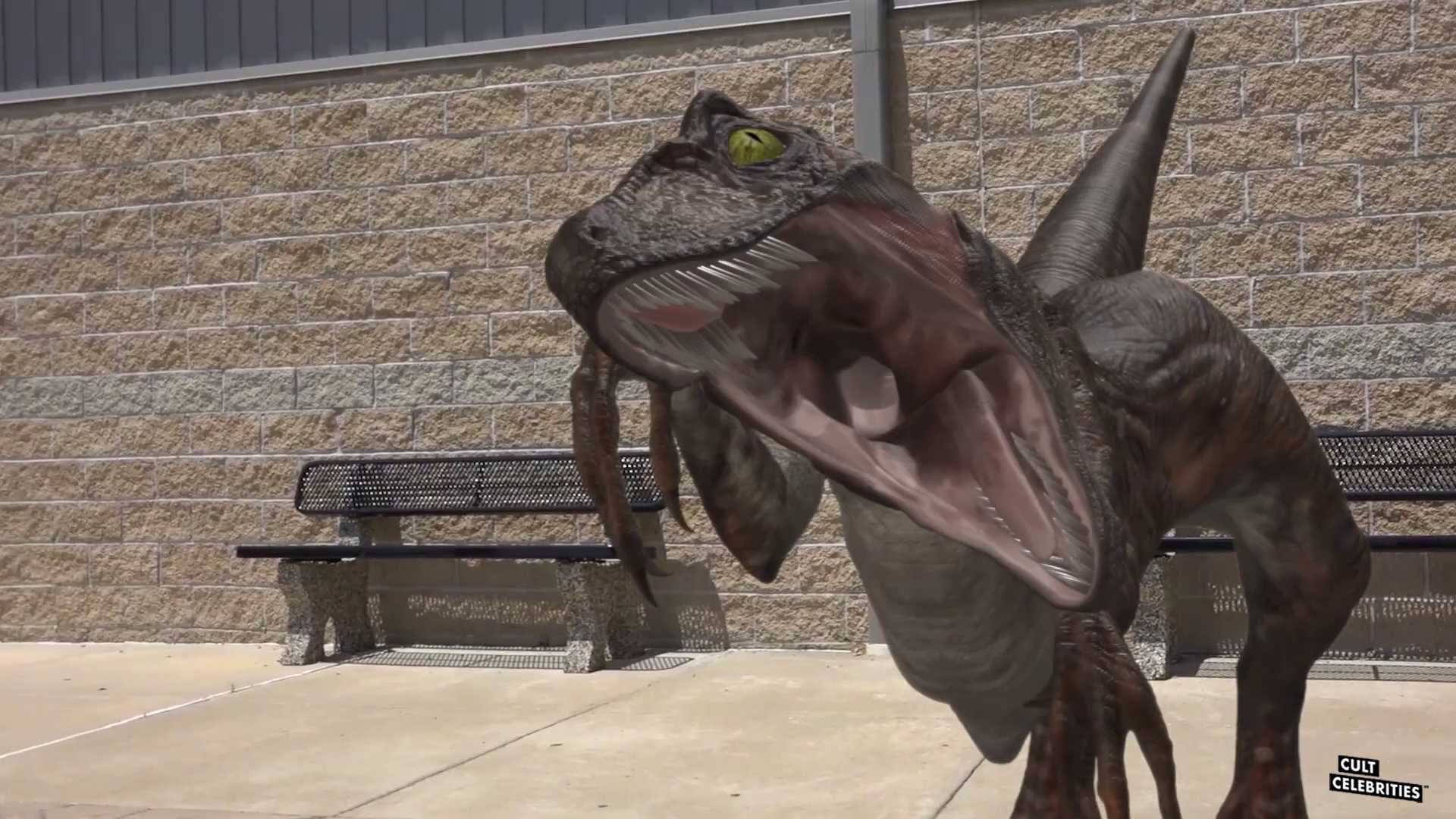